After months of drought, companies that ship grain and other goods down the Mississippi River are being haunted by a potential nightmare: If water levels fall too low, the nation's main inland waterway could become impassable to barges just as the harvest heads to market. 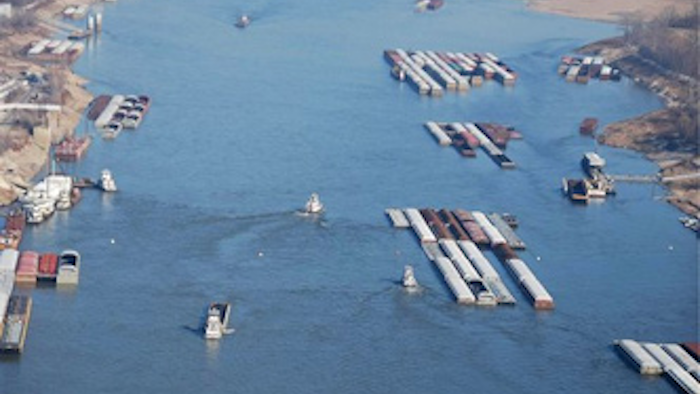 ST. LOUIS (AP) — After months of drought, companies that ship grain and other goods down the Mississippi River are being haunted by a potential nightmare: If water levels fall too low, the nation's main inland waterway could become impassable to barges just as the harvest heads to market.

Any closure of the river would upend the transport system that has carried American grain since before steamboats and Mark Twain. So shipping companies are scrambling to find alternative ways to move tons of corn, wheat and other crops to the Gulf Coast for shipment overseas.

"You can't just wait until it shuts down and suddenly say, 'There's a problem,'" said Rick Calhoun, head of marine operations for Chicago-based Cargill Inc. "We're always looking at Plan B."

The mighty Mississippi is approaching the point where it may become too shallow for barges that carry food, fuel and other commodities. If the river is closed for a lengthy period, experts say, economic losses could climb into the billions of dollars.

It isn't just the shipping and grain industries that will feel the pinch. Grocery prices and utility bills could rise. And deliveries of everything from road-clearing rock salt for winter and fertilizer for the spring planting season could be late and in short supply.

"The longer it lasts, the worse it gets," said Don Sweeney, associate director of the Center for Transportation Studies at the University of Missouri-St. Louis. "It's inevitable that it will mean higher prices down the road."

The focus of greatest concern is a 180-mile stretch of the river between the confluences of the Missouri River near St. Louis and the Ohio River at Cairo, Ill. That's where lack of rain has squeezed the channel from its normal width of 1,000 feet or more to just a few hundred feet.

The river depth is 15 to 20 feet less than normal, now about 13 feet deep in many places. If it dips to around 9 feet, rock pinnacles at two locations make it difficult, if not impossible, for barges to pass. Hydrologists for the National Weather Service predict the Mississippi will reach the 9-foot mark by Dec. 9.

The situation worsened last week when the Army Corps of Engineers began reducing the outflow from an upper Missouri River dam in South Dakota, where a group of experts said Thursday that the worst U.S. drought in decades had intensified over the last week.

The flow is gradually being cut by more than two-thirds by Dec. 11 as part of an effort to ease the effects of the drought in the northern Missouri River basin.

Lawmakers from Mississippi River states are frustrated with the corps' action and even requested a presidential emergency declaration to overturn it. So far, the White House has not responded.

On Thursday, Army Assistant Secretary Jo-Ellen Darcy told Sen. Dick Durbin of Illinois and some of his colleagues from Iowa and Minnesota that the corps would consider cutting the amount of water held back from the Mississippi.

Darcy also pledged to expedite removal of rock formations south of St. Louis, though that work would take at least two months after a contractor is hired.

To Sen. Claire McCaskill, a Missouri Democrat, the stakes couldn't be higher.

"There is going to be a dramatic ripple effect to our economy if the barge traffic grinds to halt, which clearly it will if something is not done to avert this crisis," she said.

Her Missouri colleague in the Senate, Republican Roy Blunt, acknowledged "friction" between upper Missouri River interests that control the flow and those downstream on the lower Missouri and Mississippi rivers. He said the corps "needs to manage that balance."

Over the years, parts of the river have occasionally been closed because of low water, barge accidents, dredging, ice and flooding. But this shutdown, if it happens, would affect a pivotal stretch that is used for heavy two-way traffic — shipments going south to the Gulf as well as transports from the Illinois and Ohio rivers headed north to Chicago and Minneapolis.

A two-month shutdown — the length of time that some observers fear given current conditions — would have an estimated impact of $7 billion, according to the river industry trade group American Waterways Operators.

Consider agricultural products. It costs 30 to 35 cents more per bushel to send grain to the Gulf by rail instead of barge — a massive figure when calculating the millions of bushels shipped downriver.

"When you think of all we buy at the grocery store that has grain and corn, consumers could really see it hit them in the pocketbooks," said Ann McCulloch of the Waterways Operators group.

The Coast Guard controls navigation on the river and decides when to require restrictions or shut it down.

River shippers are bracing for the worst, weighing train and truck alternatives to move a staggering volume of cargo, if necessary.

Trains already haul a vast volume of material, but switching from river to rail isn't that easy, especially on short notice. Cargill, for example, uses 1,300 of its own barges on inland waterways. Finding that much capacity elsewhere is no simple task.

"We'll look for other sources of transportation to the extent we can. But if you take away this important artery, you can't just snap your fingers and replace it with trains," Calhoun said. "There aren't just trains sitting around. They're already pretty busy with their business on their books."

Tractor-trailers can pick up some of the slack. But some cargo, such as coal, just isn't cost-effective to haul by truck over long distances, said Bob Costello, an economist with the American Trucking Associations.

Businesses operating directly on the river are bound to suffer, too.

George Foster founded JB Marine Service Inc. in St. Louis 36 years ago to make a living fixing and cleaning barges. An extended river closure may force layoffs, he said. He figures many other companies will be forced to cut jobs, too.

"It's extremely dire," Foster said. "There's no way to sugarcoat it."

A three-way tie for states with the most certified manufacturing plants.
Mar 18th, 2021 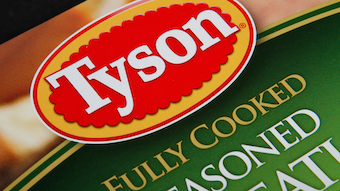 A $42 million investment will convert a factory in Columbia, SC into a meat-cutting facility that will produce retail-ready products.
Mar 18th, 2021 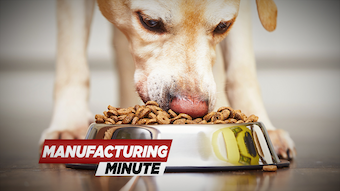 The company has faced odor outrage from the community for years.
Mar 15th, 2021 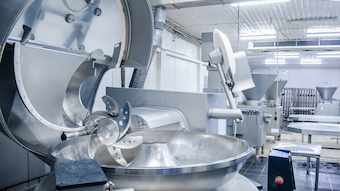 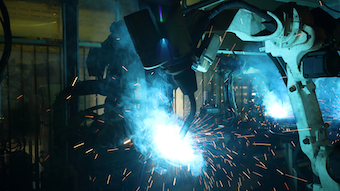 Lining Up For An Automation Upgrade

A closer look at how smarter, more flexible and more functional Industry 4.0 automation is not as complex as it used to be.
Mar 10th, 2021 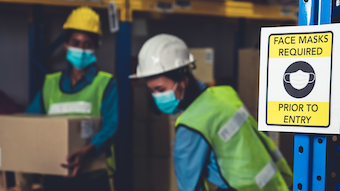 Digital Strategies to Ensure Worker Safety, Comfort During and Post-Pandemic

A recent poll found that less than half of employees strongly agree that their organization cares about their overall wellbeing.
Mar 10th, 2021 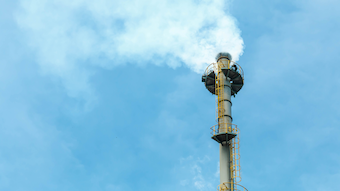 A closer look at the ecological impact of a year of reduced human activity.
Mar 9th, 2021
Follow Us
Most Recent