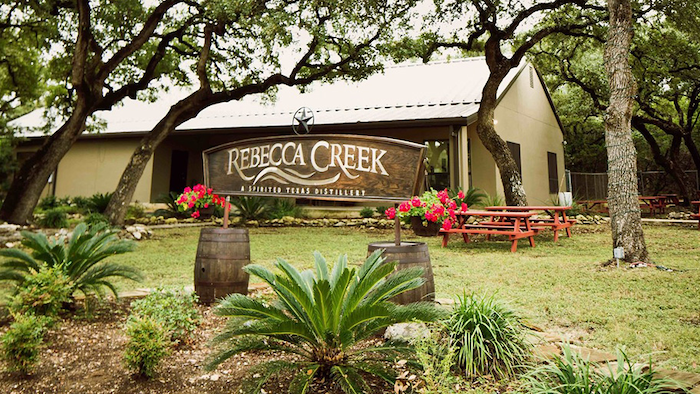 SAN ANTONIO, July 25, 2017 (PRNewswire) — San Antonio's Rebecca Creek Distillery, one of the largest craft distilleries in North America, announced Tuesday that an investment group led by Dr. Henning Kreke, board chairman of Düsseldorf–based beauty retailer Douglas GmbH and graduate of the University of Texas, has acquired a minority stake in the South Texas distillery.

"We are very proud to become a reliable and strong long-term partner as a minority shareholder in Rebecca Creek Distillery and will support the company with additional distribution expertise and financial resources to ensure its continued growth," said Dr. Henning Kreke.

Founded in 2009, Rebecca Creek Distillery's case sales have grown exponentially year-after-year since inception. By the end of 2018, the distillery plans to produce more than 100,000 annual cases of its flagship, award-winning Rebecca Creek Fine Texas Whiskey, as well as Enchanted Rock Vodka, Texas Ranger Whiskey, and other limited-edition, single-batch spirits. The distillery's spirits lineup has received numerous medals and awards, including platinum and gold medals from the SIP Awards International Spirits Competition, double-gold medals in The Fifty Best Spirits Competition, and a rating of 93 points from the Ultimate Spirits Challenge.

"We founded Rebecca Creek Distillery with the goal of producing award-winning, ultra premium whiskeys and vodkas straight from the Texas Hill Country," said Steve Ison, chief executive officer and founder of Rebecca Creek Distillery. "In order to expand our production and portfolio, we needed the right partner to take us to the next level of growth. Dr. Henning Kreke has made this commitment, and with his expertise and support, we look forward to bringing our Texas spirits to the rest of the world…but with the exact same team and exceptional product quality."

Rebecca Creek's core management team consisting of John Morrow, Matt Appleby, Seth Richardson and Steve Ison — who founded the distillery in 2009 — will remain the same, and it will continue to operate out of its existing 26605 Bulverde Road location in San Antonio. Plans for the construction of a new, larger distillery, tasting room, and private event center are in-the-works and will be announced soon, with a slated opening date of mid-2018.

Founded in 2009 by Steve Ison, Rebecca Creek Distillery was one of the first legal distilleries in South Texas since Prohibition. It has since grown to become one of the largest craft distilleries in North America, with more than 100,000 cases expected to be sold annually by 2018. Its product lineup includes Rebecca Creek Fine Texas Whiskey, Texas Ranger Whiskey, Enchanted Rock Vodka, and Enchanted Rock Peach Vodka. The Distillery offers free tours on Thursdays, Fridays, Saturdays and Sundays, and its tasting room and gift shop are open-to-the-public for group tastings and private events for up to 500 people. For more information on Rebecca Creek Distillery, including hours of operation, recipes, special events and promotions, visit www.RebeccaCreekDistillery.com or call (830) 714-4581.

With approximately 1,700 stores in 19 European countries, Douglas is a leading company in the beauty care sector in Europe. Its multi-channel offering that is fully integrated across stores, online and mobile, as well as its continually updated selection of more than 35,000 beauty products, make Douglas the frontrunner in the globally growing beauty sector. Supported by about 18,000 highly qualified employees, Douglas generated annual sales of c. €2.7 billion in the financial year 2015/2016. http://corporate.douglas.de/en/