The coffee giant said its revenue soared 78% to $7.5 billion in the April-June period, an all-time high. 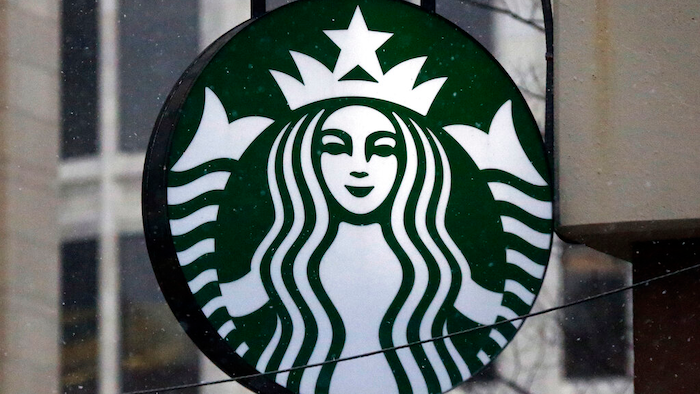 Starbucks saw record sales in the third quarter as the impact of the pandemic receded and customers flocked to its stores.

But the company's shares fell after it lowered its forecast for sales growth in China, its second-largest market outside the U.S.

The Seattle-based coffee giant said its revenue soared 78% to $7.5 billion in the April-June period, an all-time high. That beat Wall Street’s forecast of $7.3 billion, according to analysts polled by FactSet.

Same-store sales jumped 83% in the U.S. in the fiscal third quarter. Starbucks said rural and suburban traffic, which led sales coming out of the pandemic, remained strong, but sales in urban markets also turned positive for the first time since early 2020.

Sales of higher-priced drinks __ like cold brews and alternative milk beverages __ juiced sales, as did higher demand for food items.

Starbucks said it's also serving U.S. customers better with new store formats that prioritize drive-thru and mobile ordering. Starbucks announced last year that it would close 400 stores and replace them with more convenient options, like small mobile pickup locations. Johnson said the company is about 80% finished with that transformation, and he noted that drive-thru orders made up nearly half of U.S. orders in the third quarter.

“The improvements we are making to our portfolio today will provide benefits for years to come," Johnson said.

But investors expressed concern with results in China, where same-store sales increased at a lower-than-expected pace of 19%. Starbucks also lowered its full-year sales forecast for China, saying it now expects growth of 18% to 20%, down from 27% to 32%.

The company said it assumed travel restrictions would be lifted more quickly than they have been, and results last year were helped by coronavirus-related tax exemptions that have since been lifted.

But Johnson forcefully defended the company's performance, saying Starbucks will continue to see robust growth in China as it opens new stores. The company plans to open 600 stores in China in its 2021 fiscal year.

“There should be no misunderstanding of how big and robust our business in China is and will be,” he said.

Starbucks reported net income of $1.15 billion for its fiscal third quarter. Adjusted for one-time items, the company earned a record $1.01 per share. That was well ahead of analysts’ forecast of 78 cents.