It was a very different story than the second quarter of 2020, when Coke's sales sank 28%. 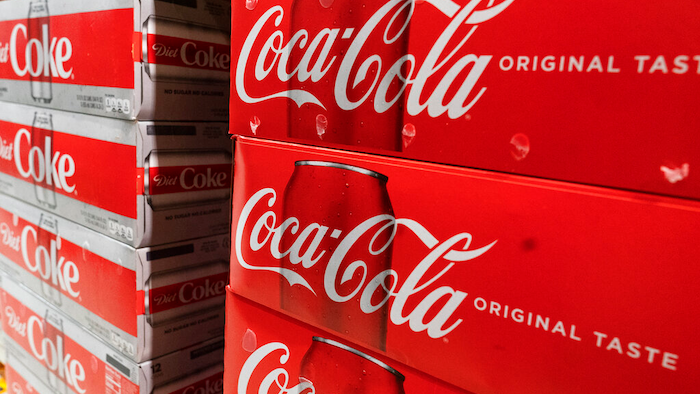 Cases of Coca-Cola are displayed in a supermarket on April 5 in New York.
AP Photo/Mark Lennihan

Coca-Cola Co.'s sales rebounded faster than expected as the impact of the pandemic abated.

The Atlanta-based soft drink giant said its revenue jumped 42% to $10.1 billion in the April-June period. That was well ahead of the $9.3 billion in sales that Wall Street had forecast, according to analysts polled by FactSet. It was even slightly better than the same period in 2019.

It was a very different story than the second quarter of 2020, when Coke's sales sank 28%. Coke Chairman and CEO James Quincey said the recovery remains uneven, but as vaccination rates increase, consumers are returning to their pre-pandemic routines.

“We’ve always believed that humans are social creatures and that once the restrictions come down and the panorama of the virus allows people the confidence to go out, they will go back out,” Quincey said Wednesday during a conference call with investors. “You can see very much beginning to happen in the second quarter.”

Even as people go out more, sales for home consumption remain elevated, Quincey said. The company is watching to see if habits that developed during the pandemic stick.

“That extra consumer interaction at home has created some new behaviors and engagement with brands that may well be enduring,” he said.

Increased advertising may have also boosted sales. Coke said it doubled its marketing spending in the second quarter compared to last year.

Case volumes grew 18% to a level that was even with 2019. Coke said some markets, like China, Brazil and Nigeria, are already running ahead of 2019 demand, while others, like India, continue to be under pressure due to the pandemic.

In North America, case volumes rose 17% as restaurants, movie theaters, stadiums and other venues reopened or dropped capacity restrictions. Coke has historically booked half its revenue from such businesses, which were crushed by the pandemic.

Demand for Powerade and other sports drinks was particularly strong, with case volumes up 35% from the same period last year. Coffee sales surged 78% as the company's Costa retail stores reopened in the United Kingdom.

The company's signature Coca-Cola brand also saw double-digit gains, led by Coke Zero Sugar. Quincey said the company's new recipe for Coke Zero Sugar __ which is designed to make it taste more like traditional Coke __ is getting positive feedback in the 50 markets where it has already been launched. It will start hitting U.S. store shelves this month.

The company raised its full-year earnings forecast based on its results. It now expects organic revenue growth of 12% to 14% in 2021 — up from high single-digit growth — and earnings per share growth of 13% to 15%

Coke's shares were up 2% in morning trading.