The 104-year-old icon died Tuesday in a pre-Super Bowl ad from the brand, which confirmed the mascot's death on multiple platforms. 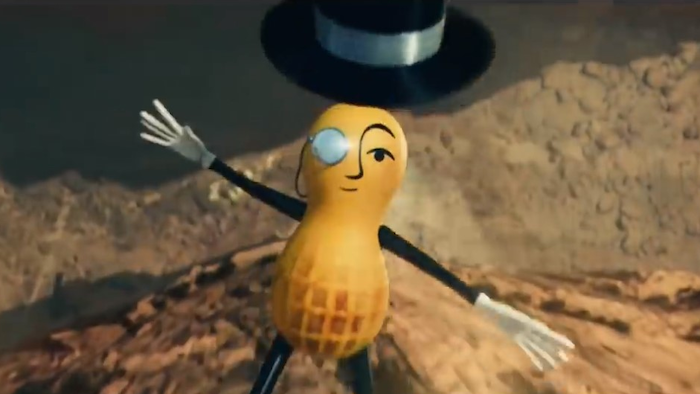 After 104 years, Mr. Peanut, Planters' anthropomorphic legume donning an monocle and top hat, was killed off in a 30-second pre-Super Bowl commercial from the Kraft Heinz brand released Tuesday.

The ad shows Mr. Peanut and actors Wesley Snipes and Matt Walsh traveling in the NUTmobile when Mr. Peanut is forced to swerve, and the trio leap from the vehicle and grab onto a tree branch as the vehicle plunges off a cliff into a deep canyon. The branch begins to break, and Mr. Peanut sacrifices himself to save Snipes and Walsh, and Mr. Peanut is seen falling atop the crashed NUTmobile, which explodes moments later, followed by Mr. Peanut silhouetted against a black screen above obituary text that reads "Mr. Peanut 1916-2020".

The brand left nothing to interpretation, having the following image dominate the planters.com website through at least Wednesday morning. 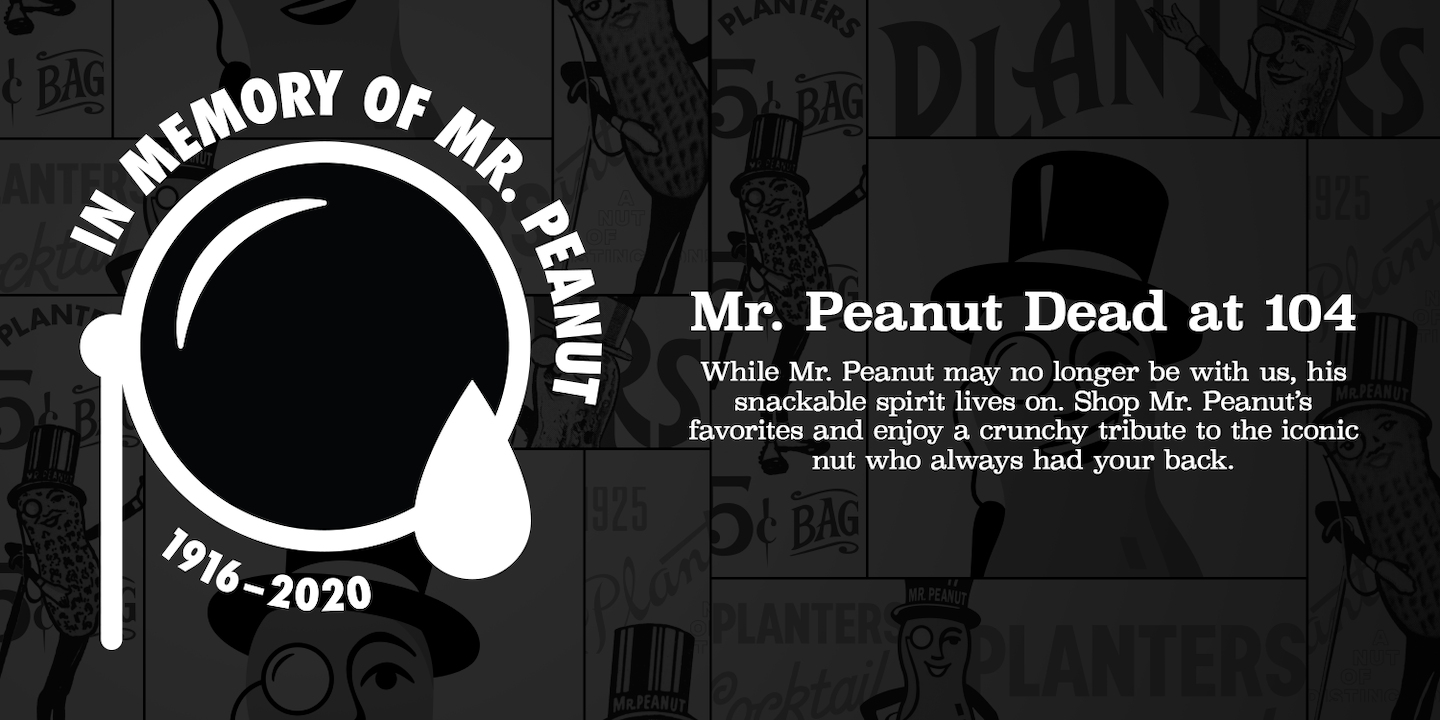 “It’s with heavy hearts that we confirm MR. PEANUT has passed away at 104 years old,” said Samantha Hess, PLANTERS Brand Manager at Kraft Heinz in the release. “He will be remembered as the legume who always brought people together for nutty adventures and a good time."

The release adds that Planters' official Super Bowl 54 commercial will air during the third quarter of the game and will "broadcast MR. PEANUT’s funeral, so the world can mourn the loss of the beloved legume together."

Shortly after Tuesday's teaser commercial was released, many other major food brands gave their respects for Mr. Peanut on social media, including some other Kraft Heinz brands. A sampling is below:

According to Planters' website, "Mr. Peanut was born in 1916 when schoolboy Antonio Gentile submitted his sketch to win the Planters contest for a brand icon. A commercial artist later added a top hat, a monocle and a cane."