Recent lawsuit claims stem from ingredient origins, the use of sweeteners, packaging and the treatment of animals and the environment during production. Get caught up here.

Putative class actions targeting the food and beverage industry show no signs of slowing down in 2020, though the focus of the claims is expanding. The initial flurry of claims against food and beverage companies were filed in the Northern District of California which became known as the “food court.” While the Northern District of California remains a magnet for these cases, increasing numbers of suits are being filed in the Eastern and Southern Districts of New York. The early cases challenged the description of food and beverages as “all natural” when the products contained additives allegedly rendering the “all natural” representation false and misleading. Recently filed cases are increasingly focused on the presence or absence of certain ingredients, the function of those ingredients or aspects about the supply chain for those ingredients. These new claims are based on a variety of theories, including the origin of the ingredients, the use of sweeteners, the fill of the packaging, and the treatment of animals and the environment in producing the products.

The following trends are emerging in class actions filed against food and beverage companies:

Like the factual basis of the putative class claims, the places where putative class actions are being filed are also expanding. While cases continue to be filed in the “food court,” suits in other California courts and in state and federal courts in New York have proliferated. In addition, a number of food class actions have been filed in Missouri, New Jersey and Pennsylvania, where the consumer protection statutes are similar to the statutes in the state of California.

Plaintiffs continue to file class action complaints against food and beverage companies because plaintiffs lawyers perceive that they have settlement value.  Class actions arising from consumer products can have classes with hundreds of thousands, or perhaps millions, of putative class members. Accordingly, even settlements that offer very small monetary relief to each member of the class may be largely based on the number of class members. These settlements can also include significant attorneys’ fee awards. For example, a candy maker recently paid $2.5 million, plus $750,000 in attorneys’ fees, to settle a slack fill case.[1]  Suits against McCormick arising from a packaging change that reduced the weight of ground pepper in its tins by 25 percent and reduced the weight of peppercorns in its pepper grinders by 19 percent, while making no corresponding changes in container size or price, were consolidated in multidistrict litigation and class certification was granted in certain states.[2]

Capitalizing on consumer interest in sustainable products and animal welfare, class actions are now being filed challenging label claims and marketing materials.  The statements giving rise to the claims can arise from aspirational statements regarding the sustainability of the products, the ability to recycle the product packaging, and the treatment of animals or of the farming practices used in production.

In 2019, plaintiffs filed a false advertising class action against Pete and Gerry’s Organics, LLC and Nellie’s Free Range Eggs alleging that advertisements and product labels falsely represented that the eggs were sourced from humanely treated hens.[5] Those complaints allege that product labels depicted open grass fields, a child holding a hen, phrases including “they roam where they please” and a website showing hens in large grass fields as distinguished from typical hen farms. Plaintiffs assert that contrary to these claims, defendants “cram[] and stuff[] hens … into sheds up to 20,000 at a time.” The complaint includes photos purportedly taken at the farm of these conditions.  Similar claims have been alleged against Fairlife Dairy alleging that the company committed fraud and misrepresentation by advertising that the dairy products were sourced from humanely treated cows. The dairy products were heavily advertised under labels describing the “extraordinary care and comfort” provided to the cows. According to the complaints, video from an undercover investigation revealed widespread animal cruelty. A multitude of suits alleging similar claims were quickly filed throughout the country and the cases have now been consolidated in multidistrict litigation.[6]

Claims regarding the recyclability of packaging have also been filed. Keurig Green Mountain’s label for its K-Cup pods claimed that they were recyclable.  Though the statement was qualified, plaintiffs alleged that the qualification was misleading because the pods were not recyclable in more than 60 percent of communities nationwide and, further, that the lids and filters of the pods impede their ability to be recycled.  In considering the motion to dismiss, the court noted that “common sense would not so clearly lead a person to believe that a package labeled ‘recyclable’ is not recyclable anywhere.”[7]  Assuming the facts alleged in the complaint to be true, as is required when ruling on a motion to dismiss, the court denied the motion. This ruling received national attention by the New York Times.[8]

What is a Food and Beverage Company To Do?

As the claims and theories pursued by lawyers on behalf of putative classes evolve, food and beverage companies would be well served to ensure that label statements and marketing claims can be supported. Keeping and maintaining records relating to the support for marketing claims can assist in having a disciplined approach to making sure that claims are substantiated and for explaining later the basis for the substantiation. In addition, maintaining records showing changes in labels and other advertising can also prove helpful.

In a recent case where the putative class alleged that Pringles salt-and-vinegar chips were falsely labeled as having no artificial flavors, the court refused to allow a case to proceed as a class action. The defendant showed that there were 20 labels used over the class period and only four contained the challenged statement.[9]  The court also found dubious plaintiff, a professional pastry chef who testified that “price is of no concern when grocery shopping, and is so averse to the purchase of packaged food that he makes his own rigatoni, is neither the typical Pringles purchaser nor typical in his zealous avoidance of artificial ingredients.” The court further recognized that individual inquiries as to whether the no artificial ingredient statement was seen by or material to consumers would require individual inquiry. On those facts, the court concluded that class certification was not proper.

While plaintiffs’ counsel pursuing claims against food and beverage companies continue to advance new claims and theories, courts are continuing to apply a reasonable consumer standard to assess the claims. Applying that standard, courts are sometimes willing to dismiss suits where the subjective expectations of an individual plaintiff are atypical. If a claim survives a motion to dismiss, establishing that the suit should not proceed as a class action becomes the next line of defense.

Robert Guite is a partner in Sheppard, Mullin, Richter & Hampton LLP’s Business Trial practice group and a member of the Food and Beverage team. Sascha Henry, also a partner in the firm’s Business Trial practice group, leads the firm’s Food and Beverage industry team. They have extensive experience defending food and beverage clients and retailers in class actions involving allegations of unfair competition and false advertising.  They can be reached at rguite@sheppardmullin.com and shenry@sheppardmullin.com, respectively. 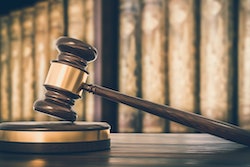