In a recent survey, Natural Grocers asked customers to weigh in on what matters most when shopping organic. 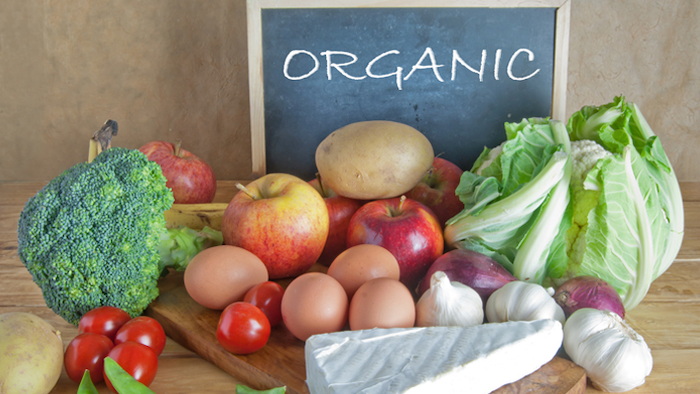 These survey results offer insight into the growth we've seen in the organic sector over the last decade. This growth has been mirrored by an increasing amount of scientific evidence emphasizing the benefits of organic food and organic agriculture. Recent large scale meta-analyses that carefully weighed all the data available from previously published studies have shown that organic produce is higher in antioxidants and much less likely to be contaminated with harmful pesticides and heavy metals than conventional produce.i

More than 90 percent of the respondents said that one of the main reasons they buy organic "is to avoid pesticides." This reasoning is backed by solid scientific evidence, as one study found that 94% of people in the United States have detectable levels of pesticide breakdown products in their urine.ii  Conversely, studies focused on the effect of eating organic have shown that consuming a diet that contains at least 80 percent organic ingredients for just one week reduces the pesticide breakdown products in subjects' bodies by 96 percent.iii Given these examples, it's no wonder that avoiding pesticides is a primary reason consumers choose to eat organic.

The next most common reason — chosen by 70 percent of survey respondents — to buy organic is to avoid genetically modified organisms (GMOs). GMOs are pervasive in our food supply, and produce is no exception. Currently, genetically modified (GM) summer squash, such as zucchini, is grown in the United States and sold as fresh produce in both the United States and Canada. Similarly, approximately 80 percent of the total papaya grown in the United States (predominately in Hawaii) is also genetically modified, which is likely to increase as more GM papaya is in the process of being grown in new places such as Florida. A small amount of sweet corn sold in grocery stores is also GM, meaning that the delicious sweet corn you throw on the grill could be a GMO — unless it's organic. Other types of GM produce that have been approved to be sold in the United States include potatoes and apples, though they haven't made it to the marketplace yet. Buying organic is a great way to be 100 percent sure that your produce is non-GMO because GMOs are never allowed in organic production.

The third most common reason Natural Grocers customers choose organic produce is because they believe it is a more nutritious option to feed their families. And they are right — side-by-side comparisons of conventional tomatoes and organic tomatoes have shown that organic tomatoes have 20 percent higher levels of lycopene and 30 percent higher levels of vitamin C.iv Other studies have shown similar results when comparing organic and conventional fruits and vegetables.

Many of the phytonutrients in fruits and vegetables that are beneficial for human health are naturally produced by plants in order to discourage pests from eating the plant. When plants are sprayed with pesticides, the plant's innate production of these beneficial phytonutrients is reduced, resulting in a less nutritious product, while organic crops are forced to rely on their own defenses and produce more phytonutrients to deter pests. And it's not just about what organic produce has more of, it's also what it has less of — data shows that organic produce has 48 percent lower levels of cadmium, a harmful heavy metal that makes its way into conventional soils through contaminated synthetic fertilizers.

As you can see, there are some pretty significant reasons why consumers choose to buy organic produce. There are other reasons to consider, too.

On the other hand, a recent study conducted by a Penn State agricultural economist found that communities with high levels of organic agricultural activity are more successful economically. So no matter what your reason is for shopping organic, you should feel good about your purchase and know that you are voting with your dollar for a type of agriculture that benefits the environment, the economy, and human health.

Jonathan F. Clinthorne, Ph.D., is an ultra-endurance athlete trained in immunology and expert in human nutrition. Clinthorne has served on numerous medical advisory boards and has authored a number of research papers covering topics such as probiotics, immune function, inflammation and human nutrition. Jonathan's mission is to help make free science-backed nutrition education available to everyone and reduce our dependence on pharmaceutical drugs. Jonathan has been seen on Fox TV, Forbes, Ultra Running Magazine, Runner's World and Organic Authority.

About Natural Grocers by Vitamin Cottage