Coca-Cola No. 1 In Japan With Drinks Galore, But Not Coke

Coca-Cola has been the No. 1 beverage maker in Japan for half a century, but it's not thanks to the popularity of Coke. Instead, the American soft-drink brand has adapted to the quirky ways this society quenches its thirst. 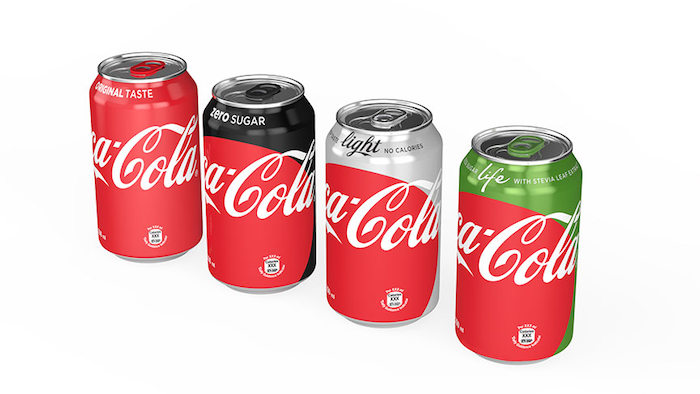 EBINA, Japan (AP) — Coca-Cola has been the No. 1 beverage maker in Japan for half a century, but it's not thanks to the popularity of Coke. Instead, the American soft-drink brand has adapted to the quirky ways this society quenches its thirst.

Coca-Cola's nearly 1 million vending machines account for about half of all the vending machines in Japan. Many of them do stock Coke and Coke Zero. But most of the beverages sold by those state-of-the art machines have nothing to do with the company's namesake soda.

Among the bigger favorites are "Georgia" brand canned coffee, orange-flavored water and of course, green tea, the traditional drink of choice.

Japan is The Coca-Cola Co.'s second-biggest market after the U.S., raking in more than 1 trillion yen ($10 billion) in annual sales. But consumers here aren't crazy about bubbly drinks like Fanta and Sprite, other perennial U.S. favorites.

Instead, the notoriously fad-loving Japanese flit from one trend to another across an array of weird product offerings, such as soda drinks with odd flavors like smelly durian fruit or garlicky kimchee that mostly are attention-getting products intended for fun.

Though its product offerings don't go quite that far, Coca-Cola has 850 different beverages in Japan alone, not counting discontinued brands. Among the most popular is Qoo, a water-drop-shaped forest creature designed to appeal to Japan's cult of the cute.

"It is so difficult to survive," Takashi Wasa, senior vice president at Coca-Cola Japan, told The Associated Press at the company's Tokyo headquarters.

The odds of having a hit are "Maybe just three out of a thousand," he said.

Among 20 Coca-Cola global brands that bring in $1 billion or more in annual sales, four came from Japan: the Georgia coffee lineup; Aquarius, a Gatorade-like drink; I Lohas bottled water and Ayataka green tea. Other global top-sellers are Coke drinks or were added through acquisitions, such as Minute Maid and Matte Leao.

Matte Leao, an herbal tea extremely popular in Brazil, is an example of adapting to local tastes.

But the company's Japan operations take that to an extreme, said Raymond Shelton, senior executive officer for Coca-Cola East Japan.

"I have traveled the world for Coca-Cola, and I have never seen such a variety of products, and such an intensive pace of new launches," he said.

"Japanese consumers drink across beverage categories each and every day so I would say they have a much broader set of demands," Shelton said.

Over the past decade or so, green tea has grown into a 777 billion yen ($7.5 billion) packaged beverage market in Japan; many Japanese now prefer tea conveniently packaged in plastic bottles, rather than steeped in teapots.

That makes Ayataka, which sells for 140 yen ($1.30) for a half liter (1 pint) bottle, an important brand for Coca-Cola. Developed in partnership with 1,600-year-old Kyoto-based tea grower Kanbayashi Shunsho, Ayataka also is sold in Singapore, Hong Kong and Taiwan.

Ads for Ayataka tea feature a taste test by Kyoto apprentice geishas and Japanese chefs vouching that its flavor is indistinguishable from tea from a teapot.

Unlike acidic bottled Coke, green tea requires special precautions during is bottling to prevent spoilage and preserve its flavor. Coca-Cola has invested about 40 billion yen ($360 million) since 2014 to double its assembly lines in Japan to nine and accommodate such aseptic production.

At Coca-Cola's plant in Ebina, southwest of Tokyo, bottles and caps are splashed with a decontaminating chemical, and then rinsed with blasts of water. Bottles filled with tea from giant vats flash by, 900 per minute. They're inspected, labeled and then boxed in robotic lines: a non-stop parade of bottled teas circling the plant round-the-clock.

Since retailers only stock in-demand products, pressure is high to keep coming up with new products, or at least new adaptations.

Coca-Cola's competitors in this tea growing nation, led by Ito En, a traditional tea maker that pioneered bottled green tea in Japan, were quick to imitate Coca-Cola's lead in adding powdered tea to its green tea drinks to make them cloudier and more evocative of richer-tasting teas out of a teapot.

Some products are specifically developed as "kawaridane" or "weird items," just to attract attention, like cucumber-flavored Pepsi. Or Pepsi Strong 5.0 GV, for "gas volume," which has extra fizz.

"It's that extra burp factor," said Akira Kiga, a spokesman for Suntory Beverages & Food, which sells Pepsi in Japan and trails Coca-Cola with No. 2 market share. "We want people to notice and see that we're a fun brand."

Still, when it comes to solid earnings, Suntory, like Coca-Cola, is counting on three segments — water, coffee and green tea.

"We do want to work on building strong brands that have staying power," Kiga said.

Yoshiyasu Okihira, an analyst at SMBC Nikko Securities in Tokyo, estimates that carbonated sodas like Coke and Fanta comprise a fifth of Coca-Cola's Japan sales, with coffee and tea accounting for 40 percent.

Coca-Cola's legions of vending machines, many offering piping hot drinks on chilly days, are a big asset. To capitalize on that advantage, the company is introducing smartphone applications that award one free drink for every 15 bought on Coca-Cola vending machines, or that send Spotify music playlists depending on the drink purchased.

"Roasted barley tea, for example, has global potential, and Americans may really like it," Okihira said.

Like many Japanese, 50-year-old cab driver Masataka Sakabe drinks a variety of beverages every day, including canned coffee to keep awake on long shifts. But he also loves Coke, especially with greasy food like fried chicken or French fries.

"I love Coke, the red kind, not the diet kind, that original flavor. It makes you feel so refreshed," he said.