Oatly Expanding Capacity at its Utah Factory Amid High Demand

MALMÖ, Sweden — Oatly Group AB, the world’s original and largest oat drink company, today announced an increase in oat base capacity at its Ogden, Utah facility in the Americas region to support an acceleration in consumer demand.

Toni Petersson, Oatly’s CEO, commented, “In March of 2021 we opened Oatly’s first-ever end-to-end self-manufacturing production facility in the Americas region and we’re excited that based on an acceleration in consumer demand in the region we are already increasing capacity with construction starting in the second half of this year. We continue to generate strong growth in the U.S. and globally with our proven multi-channel expansion strategy in more than 20 markets, across multiple sales channels and segment. We believe the fundamentals of our business are stronger than ever as consumer demand continues to accelerate, and we are increasing production capacity globally to meet that growing demand. Oatly remains well-positioned for long-term global growth as we look to enhance value for all stakeholders.”

For over 25 years, Oatly has exclusively focused on developing expertise around oats: a global power crop with inherent properties suited for sustainability and human health. Our commitment to oats has resulted in core technical advancements that enabled us to unlock the breadth of the dairy portfolio, including alternatives to milks, ice cream, yogurt, cooking creams, and spreads. Headquartered in Malmö, Sweden, the Oatly brand is available in more than 20 countries globally. 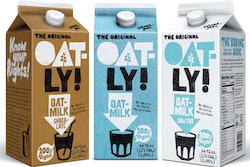 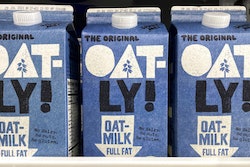