It follows the $200 million in funding Eat Just announced in March and shows the cultivated meat market's potential. 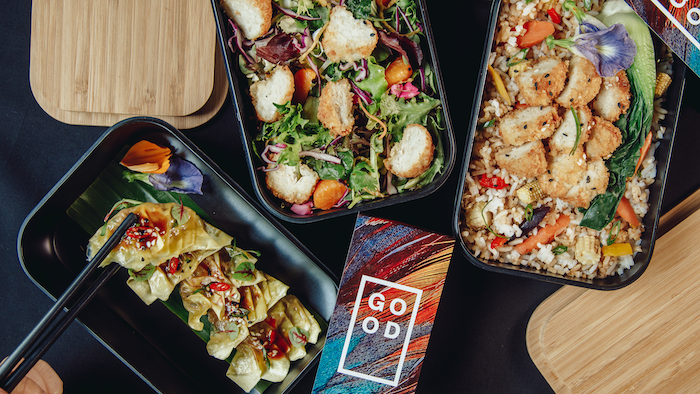 SAN FRANCISCO — Eat Just, Inc., a company that applies cutting-edge science and technology to create healthier, more sustainable foods, announced May 18 that its GOOD Meat division has secured $170 million in new funding. With this transaction, GOOD Meat, the world’s first-to-market meat made from animal cells instead of slaughtered livestock, becomes a subsidiary of Eat Just, which announced a $200 million fundraise in March.

The latest investment from funds managed by UBS O’Connor, a hedge fund manager within UBS Asset Management, Graphene Ventures, K3 Ventures and others, will be used to increase capacity and accelerate research and development for high-quality, real meat without slaughter. ABG, LLC; BofA Securities, Inc.; Guggenheim Securities and VERSO Capital advised on the transaction.

READ MORE-  Q&A: Is Cultivated Meat the Future? (published May 12)

The funding news comes during a week of another historic milestone for the food industry. The JW Marriott Singapore South Beach’s renowned Cantonese restaurant Madame Fan will become the first restaurant in the world to replace conventional meat with cultured meat during set times. The new chef-inspired dishes include Asian-inspired chicken salad with sesame mirin vinaigrette, steamed chicken dumplings and chicken vegetable stir-fry. GOOD Meat will replace conventional chicken for delivery on Thursdays beginning May 20, and for once-a-week dine-in starting soon.

The JW Marriott Singapore South Beach’s decision reinforces the results of a recent survey of consumer and restaurant preferences conducted by a leading management consulting firm. Two-thirds of consumers polled said they were open to substituting conventional meat with cultured meat and more than 80% of restaurant operators said they envisioned cultured meat replacing all conventional meat in the next 10 years1.

“This investment, along with the historic decision by JW Marriott Singapore South Beach, points to what's ahead: meat without killing animals will replace conventional meat at some point in our lifetimes. The faster we make that happen, the healthier our planet will be,” said Josh Tetrick, co-founder and CEO of Eat Just.

“The $2 trillion global market for meat and poultry is likely to experience significant change and disruption over the next 10 years as consumers increasingly recognize the environmental impact of their diet choices and search for healthier and more sustainable products like GOOD Meat to replace conventional animal proteins in their diets,” said Kevin Russell, Chief Investment Officer, UBS O'Connor.

“This deal is changing the future in terms of how humanity is fed. Eat Just has led and dominated the plant-based egg category with its JUST Egg products, and with all the efforts made, we’re confident that GOOD Meat will lead the cultured meat category starting with the $193 billion chicken market. For us, this is not only about meat, it’s about fueling the growth of planet-friendly food alternatives that can feed a rapidly changing world,” said Nabil Borhanu, Founder and Managing Partner, Graphene Ventures.

“As part of a global organization aimed to cut food wastage, partnering with a purposeful company such as GOOD Meat was the perfect collaboration to support our ‘Source Responsibly’ efforts whilst we continue to deliver exceptional culinary experiences,” Marco Pedrelli, Director of Food & Beverage and Culinary, JW Marriott Singapore South Beach.

In recent months, GOOD Meat has been focused on expanding the team, technology and manufacturing infrastructure to meet the surging demand for GOOD Meat in Singapore and to prepare for market entry in the United States. The company will quickly scale production in North America and Asia through multi-million-dollar investments in facilities in the U.S. and Singapore while evaluating collaboration and acquisition opportunities in the fast-growing sector.

Since securing the first-in-the-world regulatory approval, GOOD Meat has been enjoyed by hundreds of customers at a popular Singapore restaurant and in people’s homes through a pioneering partnership with foodpanda, Asia's leading food and grocery delivery platform. These firsts for the global food system were heralded as the beginning of a new food revolution by top industry executives, world-renowned scientists and academics, leading media organizations and others.

Eat Just is a food technology company with a mission to build a healthier, safer and more sustainable food system in our lifetimes. The company's expertise, from functionalizing plant proteins to culturing animal cells, is powered by a world-class team of scientists and chefs spanning more than a dozen research disciplines. Eat Just created America’s fastest-growing egg brand, which is made entirely of plants, and the world’s first-to-market meat made from animal cells instead of slaughtered livestock.