Macron defended the EU's system of agricultural subsidies, saying cuts to the program would hamper efforts to control climate change. 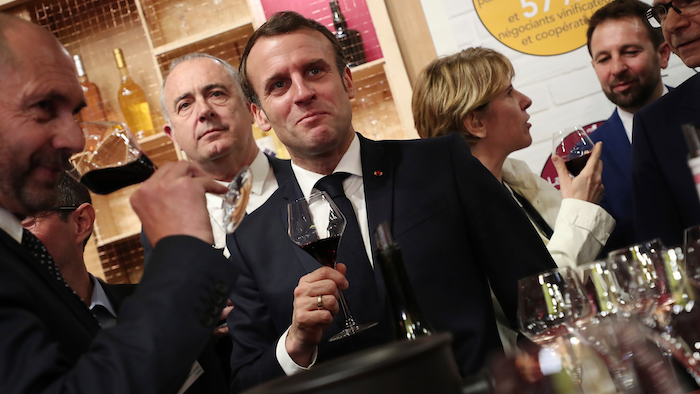 PARIS (AP) — French President Emmanuel Macron reaffirmed his support for maintaining the European Union's farm subsidies at their current level Saturday while attending an agriculture fair that a fixture in French politics.

Macron defended the EU's system of agricultural subsidies - a major source of funding for French farmers - during his visit to the annual Paris Farm Fair, saying cuts to the program would hamper efforts to control climate change.

Leaders of EU member nations failed to reached an agreement on the bloc's 2021-2027 budget Friday. An area of disagreement is whether farming subsidies should be reduced to help fill a budget gap due to Britain's departure from the EU.

"We stand for an ambitious budget," Macron said. “Brexit can't happen at the expense of the Common Agricultural Policy.”

Along with shaking hands and tasting regional specialties, the French president spent the day promoting his government's policies. Macron met with people who work in agriculture, including cattle farmers, cereal producers and vintners.

In conversation after conversation. he pressed the point that farm subsidies could be a tool for helping farmers transition to greener production methods.

“It’s a policy of the future, because if we want this climate, environmental and sanitary transition to be a success, we need to change how we produce,” Macron told a group of trade union representatives.

Security at the fair was tight during the president's visit. Some farmers and others at the fair were eager to use the occasion to express discontent with his policies.

An individual visible during last years' anti-government protests movement, Eric Drouet, was arrested by police as he tried to get close to Macron.