In a regulatory filing to the US Securities and Exchange Commission after reporting its 2020 first quarter financial results, meat manufacturing giant Tyson Foods stated that it will eliminate about 500 jobs as part of a 2020 restructuring program.

The company said it approved a restructuring program during Q1 2020 that is expected to “contribute to the company’s overall strategy of financial fitness through the elimination of overheard and consolidation of certain enterprise functions.”

Tyson said the job cuts will happen across several areas and job levels, with most of the headcount reduction originating from its corporate offices in Springdale, AR and Chicago.

Tyson Foods’ website says the company’s total headcount is approximately 141,000 as of late September, 2019. The new job cuts would comprise only 0.35 percent of that.

The job cuts were not mentioned in Tyson’s Q1 fiscal report, which showed the company had quarterly sales of $10.8 billion were up 6.1 percent year-over-year, while net profit of $557 million was essentially flat.

“Our overall results in the first quarter of fiscal 2020 were in line with expectations,” Tyson Foods CEO Noel White said in the company’s Q1 report issued Feb. 6. “Our Beef and Pork segments performed well as the effects of African swine fever are beginning to materialize. Our Chicken segment performed better operationally, although in a soft pricing environment. Our Prepared Foods segment produced its sixth consecutive quarter of retail consumption growth, demonstrating the strength of our brands and innovation as we grew or held market share in all core categories.” 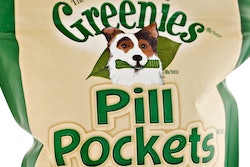