Tyson to Count its Chickens With Computer Vision 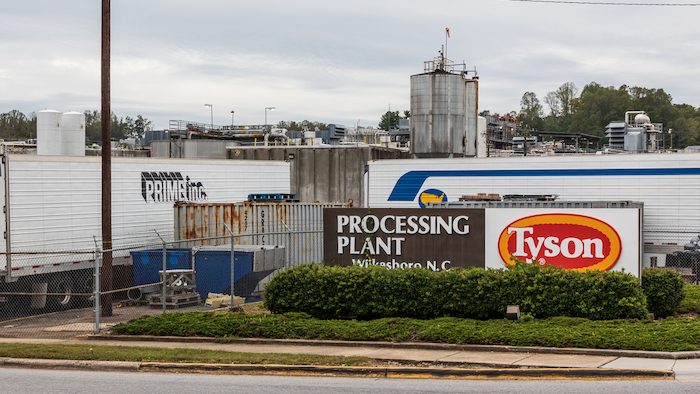 Poultry manufacturing giant Tyson Foods will reportedly computer vision to track quantities of chicken moving through its production plants as it aims to rely more on automation and artificial intelligence to boost efficiency.

The Wall Street Journal reported Feb. 10 that Tyson has installed computer vision systems — consisting of cameras, machine-learning algorithms and edge computing — at three of its plants, with plans to expand to all seven of its “fresh tray pack” chicken plants that produce packaged poultry for supermarkets. The WSJ notes that Tyson has about 50 total US chicken plants.

Traditionally, taking chicken inventory is done manually, with workers counting meat units wheeled in on carts and communicating that data to other workers who then entered it into a system. Prone to human error, that process can result in too much chicken being processed and consequently spoiling.

“We’re trying to apply the most cutting-edge technology in order to derive new insights and enable new ways to work,” the WSJ quoted Lee Slezak, Tyson Foods’ vice president of IT architecture, emerging technologies and analytics.

Slezak told Tyson that the new technology will enable it to better control its chicken inventory and manage its freshness. It could result in a reduction in headcount, though Slezak noted reducing human workers isn’t the main goal.