Despite achieving its fastest organic growth in four years, the world's largest food manufacturer's shares headed into the red Thursday. 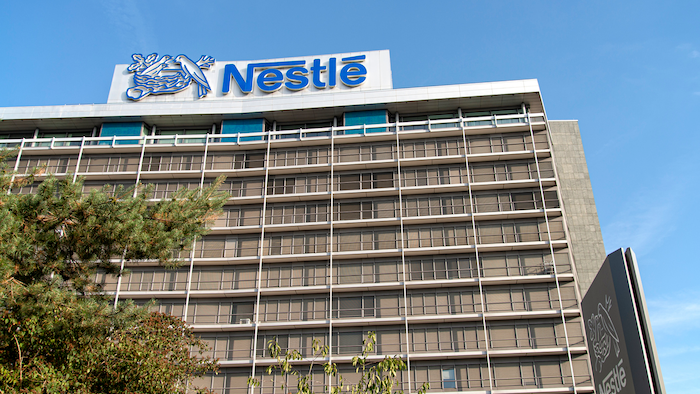 Nestlé reported commendable annual results Thursday morning, most notably the fastest organic growth in four years and success in achieving a key margin target, yet the world's largest food manufacturer's shares headed into the red as a number of metrics missed estimates, but not by a mile, reports GlobalData.

"The KitKat maker has been undergoing a rejig since chief executive Mark Schneider came on-board three years ago, selling a host of ill-fitting, lower-margin assets, while at the same time investing in on-trend, high-growth areas such as plant-based foods. Judging by the top-line sales figure and net profit for 2019, which were both the best in almost a decade (2010) when Nestlé was in another era and consumer habits were very different, the strategy appears to be paying dividends.

Nevertheless, Nestlé provided plenty of fat to chew over. Organic sales growth of 3.5 percent was a shade off estimates and remained shy of the Zurich-listed firm's target of mid-single digits by 2020, with Schneider now anticipating an acceleration toward that goal in 2021/2022.

It could also be another ball game in terms of sales for the coming year (CHF92.6bn for 2019), given the recently announced sale of Nestlé's US ice-cream business to its joint venture with Froneri only closed at the end of January, and a 60 percent stake disposal in Herta meats (it retains 40% through a joint venture (JV)) was just signed off in December. Yet further acquisitions, indicated to be on the cards by the CEO, could potentially fill those sales gaps, while one would expect revenues from plant-based foods to continue to improve as the new trend becomes entrenched.

However, one suspects margins and profits will hold up with the lower-margin assets off the payroll. Still, while the underlying trading operating profit margin of 17.6 percent inched above the lower end of the target put in place in 2017, it remains off the upper heights of 18.5 percent by 2020.

It's a fragile world to think small misses in market expectations have weighed on the stock today, even as Nestlé reported 'record' underlying earnings per share and showed good progress in other areas. However, an unknown has emerged that could potentially hurt Nestlé — the coronavirus outbreak in China, the company's second-largest market after the US, and a country where Nestlé already faces challenges with its Yinlu and Hsu Fu Chi businesses. However, it's been speculated that those two assets could also be sold, providing food for thought for 2020."