It’s a result of colliding forces as plants that normally process up to 20,000 hogs a day are closing because of ill workers. 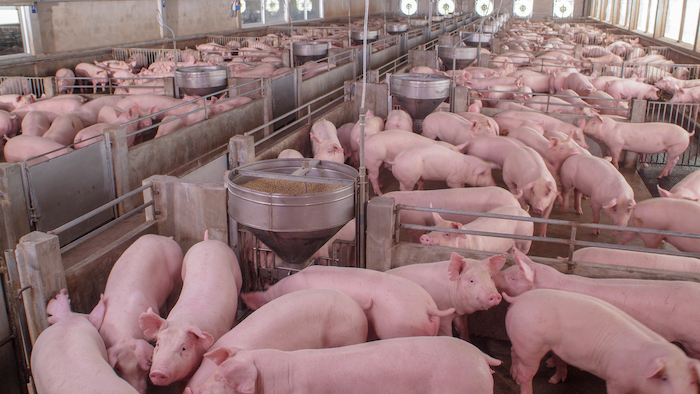 Meyer said he and other farmers across the Midwest have been devastated by the prospect of euthanizing hundreds of thousands of hogs after the temporary closure of giant pork production plants due to the coronavirus.

The unprecedented dilemma for the U.S. pork industry has forced farmers to figure out how to kill healthy hogs and dispose of carcasses weighing up to 300 pounds (136 kilograms) in landfills, or by composting them on farms for fertilizer.

“Believe me, we’re double-stocking barns. We’re putting pigs in pens that we never had pigs in before just trying to hold them. We’re feeding them diets that have low energy just to try to stall their growth and just to maintain,” said Meyer, who also grows corn and soybeans on his family’s farm near Rock Rapids.

It’s all a result of colliding forces as plants that normally process up to 20,000 hogs a day are closing because of ill workers, leaving few options for farmers raising millions of hogs. Experts describe the pork industry as similar to an escalator that efficiently supplies the nation with food only as long as it never stops.

More than 60,000 farmers normally send about 115 million pigs a year to slaughter in the U.S. A little less than a quarter of those hogs are raised in Iowa, by far the biggest pork-producing state.

Officials estimate that about 700,000 pigs across the nation can't be processed each week and must be euthanized. Most of the hogs are being killed at farms, but up to 13,000 a day also may be euthanized at the JBS pork plant in Worthington, Minnesota.

U.S. Rep. Collin Peterson, a Minnesota Democrat who chairs the House Agriculture Committee, went to the plant Wednesday, in part to thank JBS officials for agreeing to kill the hogs at his request.

“The only thing they wanted out of me was for me to come down here and say I’m the one who asked for this, not them. ... Blame me if you don’t like it," he said. 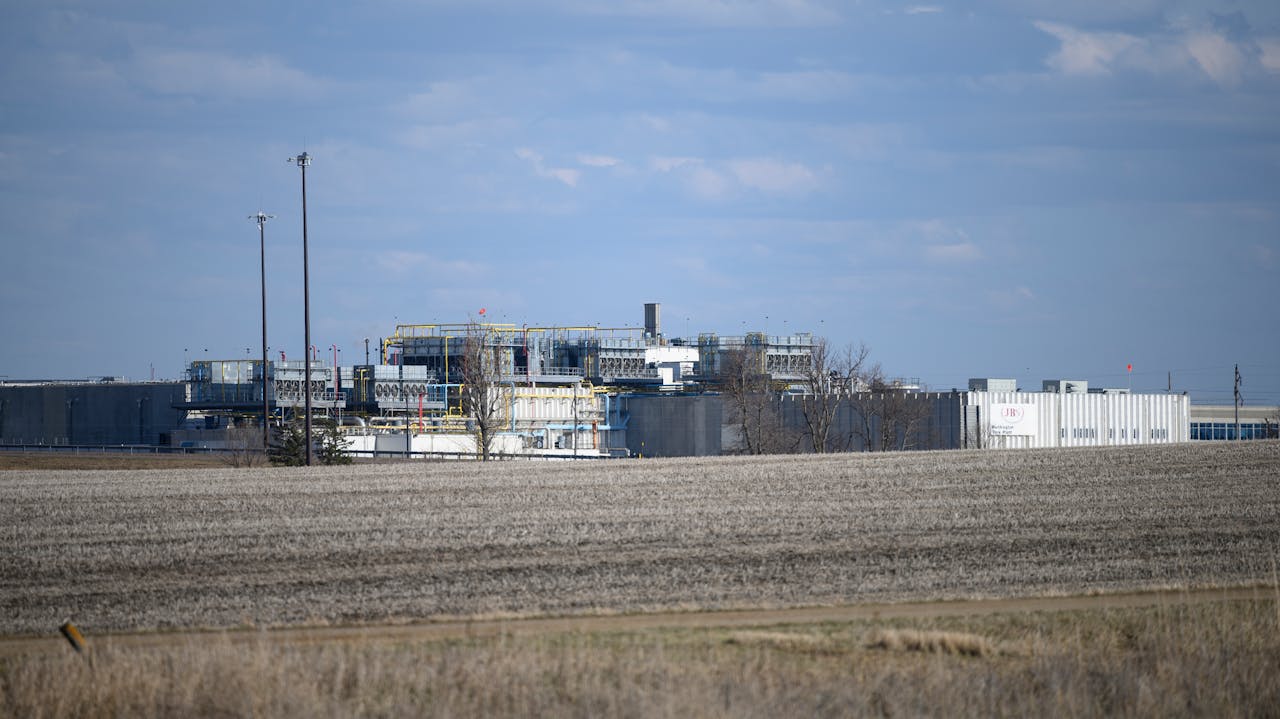 This April 18 photo shows the JBS USA Pork Plant in Worthington, MN. Officials estimate that about 700,000 pigs across the nation can't be processed each week and must euthanized. Most of the hogs are being killed at farms, but up to 13,000 a day also may be euthanized at the JBS pork plant in Worthington.Aaron Lavinsky/Star Tribune via AP

It all means that meat can't be delivered to grocery stores, restaurants that now are beginning to reopen or food banks that are seeing record demand from people suddenly out of work. Some of that demand is being met by high levels of meat in cold storage, but analysts say that supply will quickly dwindle, likely causing people to soon see higher prices and less selection.

To help farmers, the USDA already has set up a center that can supply the tools needed to euthanize hogs. That includes captive bolt guns and cartridges that can be shot into the heads of larger animals as well as chutes, trailers and personal protective equipment.

Iowa officials have asked that federal aid include funding for mental health services available to farmers and the veterinarians who help them.

Meyer said euthanizing healthy animals is a difficult decision for a farmer.

“It is a tough one," he said. “We got keep our heads up and try to be resourceful and if we can make it through this cloud, I think there will be good opportunities if we’re left standing yet.”

The USDA has a program designed to connect farmers with local meat lockers and small processors that can slaughter some hogs and donate the meat to food banks. However, that effort has been hindered by the fact that small processors already were overwhelmed with customers who have turned away from mass-produced meat and instead bought a hog or cow to be processed locally.

Chuck Ryherd, owner of State Center Locker in State Center, Iowa, said he's almost completely booked through the end of the year and has been turning away customers.

Chris Young, the executive director for the American Association of Meat Processors, a trade group for about 1,500 smaller meat lockers, said that while some local processors in Indiana, Illinois and Wisconsin have been able to take a few extra hogs, the shortage is being felt nationwide.

“When the pandemic started, all across the country, a lot of these small processing plants with a retail store in the front were just overrun,” he said. “They’re still crazy busy. It hasn’t really backed off.”

However, Howard Roth, a Wisconsin farmer and president of the National Pork Producers Council, said farmers will need to keep euthanizing pigs as the slaughterhouses struggle to resume their full production. Farmers will definitely need federal help to keep them afloat.

“We are going to need indemnity money for these farmers," he said. “This situation is unprecedented."

Peterson also said he’ll seek a change in the law so that the USDA can retroactively compensate farmers for euthanizing healthy animals in such emergencies. He said the USDA told him it doesn’t have the authority at the moment to do that for healthy animals, just diseased animals, as it did during for chickens and turkeys in the bird flu outbreak.

“It’s going to be in there, I’ll guarantee you,” he said.