Tyson's Dakota City plant will be idled Friday through Monday. 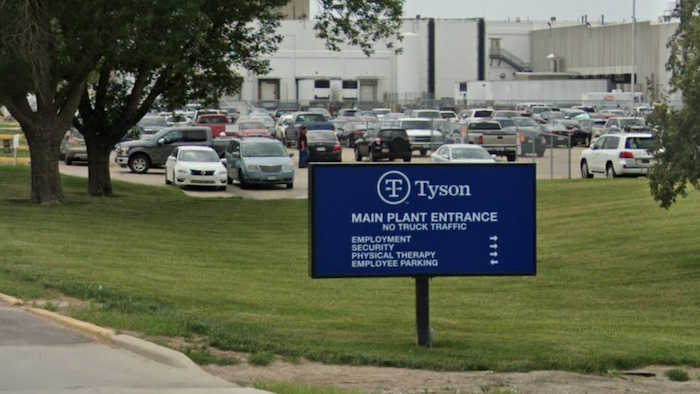 DAKOTA CITY, Neb. (AP) — Tyson Foods said Thursday that it was temporarily suspending operations at a Nebraska beef processing plant that serves as the largest employer for neighboring Sioux City, IA, after a surge of coronavirus cases in the area.

Tyson announced in a news release that it would close the Dakota City plant Friday through Monday to perform a deep cleaning of the facility.

State health officials in recent days have reported hundreds of new coronavirus cases in both Nebraska’s Dakota County, where the plant is located, and Woodbury County, Iowa, where Sioux City is located. Tyson previously disclosed that some workers at the plant had tested positive for the virus, but it has not said how many. The Arkansas-based company said it was screening Dakota City employees for the virus this week with the help of the Nebraska National Guard.

The Dakota City facility is one of the largest beef processing plants in the country, employing about 4,300 people. The move follows recent closures of other meat processing facilities across the country due the coronavirus, which spreads rapidly among workers who often stand shoulder to shoulder on production lines.

It also comes after President Donald Trump this week issued an executive order requiring meat processing plants to stay open during the coronavirus crisis. The order was widely seen as giving processors protection from liability for workers who become sick on the job.

The order followed a lawsuit accusing Virginia-based Smithfield Foods of not doing enough to protect employees at its plant in Milan, Missouri. A hearing on that suit was scheduled for Thursday morning.