One of two fresh meat plants and a food-service plant are closed for cleaning. 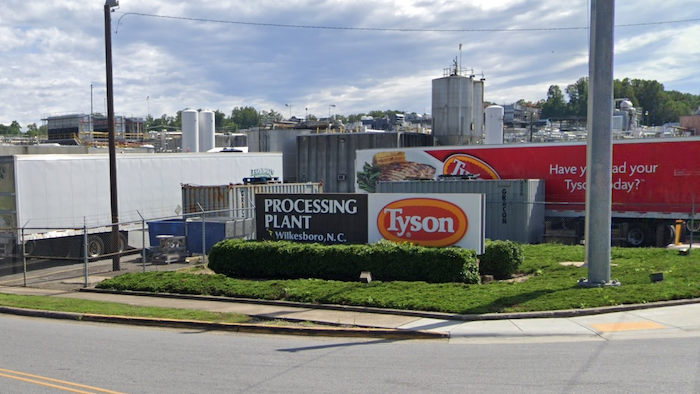 WILKESBORO, NC — Tyson Foods is temporarily closing two plants at a North Carolina complex for cleaning amid the COVID-19 outbreak.

Tyson Foods spokesman Derek Burleson says in an email one of two fresh meat plants and a food-service plant at the Wilkesboro complex are closed from Thursday to Tuesday. A third Wilkesboro plant, which also processes fresh poultry, will continue limited operations.

The closures, following another temporary closure for cleaning, will allow “additional deep cleaning” due to sick workers and quarantine-related absences.

It wasn’t clear exactly how many workers were sick. Wilkes County reported 286 residents testing positive overall, including 20 hospitalizations and one death. Earlier in the week, county officials said the plant was linked to most of its cases.

The Winston-Salem Journal reported health officials in nearby Forsyth County have said at least 70 cases there are either Tyson workers or people who were in contact with them.

Statewide, health officials reported more than 1,600 virus cases as of Thursday at meat-processing plants in 17 counties. The state has declined to release plant names, citing a health confidentiality law. But officials at Smithfield, Mountaire Farms and Butterball have confirmed positive cases at North Carolina plants.