A new congressional effort to prod federal regulators to crack down on the inappropriate labeling of products designed to imitate milk drew support Friday from the International Dairy Foods Association and the National Milk Producers Federation. 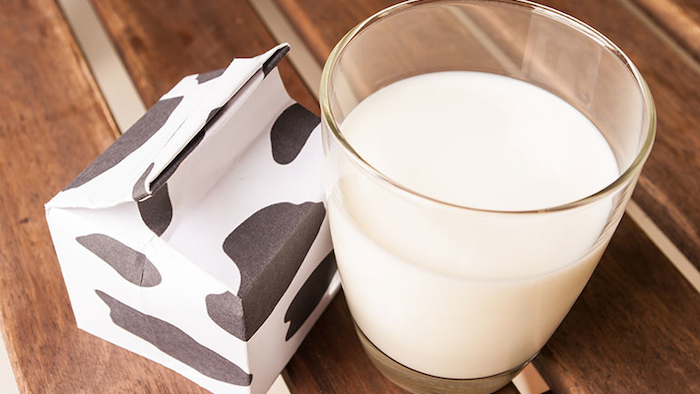 WASHINGTON, Dec. 16, 2016 (PRNewswire-USNewswire) — A new congressional effort to prod federal regulators to crack down on the inappropriate labeling of products designed to imitate milk drew support Friday from the International Dairy Foods Association (IDFA) and the National Milk Producers Federation (NMPF), which thanked lawmakers for speaking out on the issue.

In a letter written by Reps. Mike Simpson (R-ID) and Peter Welch (D-VT), and cosigned by a bipartisan coalition of 32 other members of the House, lawmakers urge U.S. Food and Drug Administration Commissioner Robert Califf to more aggressively police the improper use of dairy terms, which are used on the labels of many products that have no real dairy ingredients.

Federal standards of identity stipulate that milk and related foods have to be made from animal sources to use these established dairy terms. Thus, plant-based foods and beverages made of nuts and grains are "misleading to consumers, harmful to the dairy industry, and a violation of milk's standard of identity," the letter said.

"We request that the Food and Drug Administration (FDA) exercise its legal authority to investigate and take appropriate action against the manufacturers of these misbranded products."

Dairy organizations have voiced similar concerns in the past, urging FDA to restrict the use of dairy terms on labels of plant-based imitation products such as milk, cheese and yogurt.

"You haven't 'got milk' if it comes from a seed, nut or bean," said Jim Mulhern, President and CEO of NMPF. "In the many years since we first raised concerns about the misbranding of these products, we've seen an explosion of imitators attaching the word 'milk' to everything from hemp to peas to algae. We don't need new regulations on this issue, we just need FDA to enforce those that have been on the books for years."

Michael Dykes, president and CEO of IDFA, said that while "imitation may be the sincerest form of flattery, dairy imitators do not naturally provide the same level of nutrition to the people buying them as milk does." He noted that non-dairy beverages "can mislead people into thinking these products are comparable replacements for milk, when in fact most are nutritionally inferior."

The congressional letter points out that while consumers are entitled to choose imitation products, "it is misleading for manufacturers of these items to profit from the 'milk' name.  These products should be allowed on the market only when accurately labeled."

Welch and Simpson noted that the European Union offers an example of how product terminology can be altered to make it less misleading. Regulators in the EU allow the use of the term "soy drink," but prohibit "soy milk."

Addressing this issue, the letter concluded, "will provide consumers with the accurate information they expect."

The International Dairy Foods Association (IDFA), Washington, D.C., represents the nation's dairy manufacturing and marketing industries and their suppliers, with a membership of 550 companies within a $125-billion a year industry. IDFA is composed of three constituent organizations: the Milk Industry Foundation (MIF), the National Cheese Institute (NCI) and the International Ice Cream Association (IICA). IDFA's nearly 200 dairy processing members run nearly 600 plant operations, and range from large multi-national organizations to single-plant companies. Together they represent more than 85 percent of the milk, cultured products, cheese, ice cream and frozen desserts produced and marketed in the United States. IDFA can be found online at www.idfa.org.

The National Milk Producers Federation, based in Arlington, VA, develops and carries out policies that advance the wellbeing of dairy producers and the cooperatives they own. The members of NMPF's cooperatives produce the majority of the U.S. milk supply, making NMPF the voice of dairy producers on Capitol Hill and with government agencies. Visit www.nmpf.org for more information. 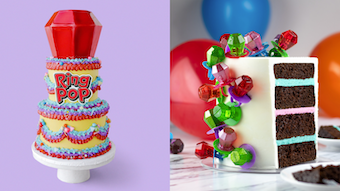