The test comes as McDonald's Corp. works to shake its junk food image, with sales at established U.S. locations declining for six straight quarters. CEO Steve Easterbrook, who stepped into the top spot March 1, has said he want to turn the chain into a "modern, progressive burger company." 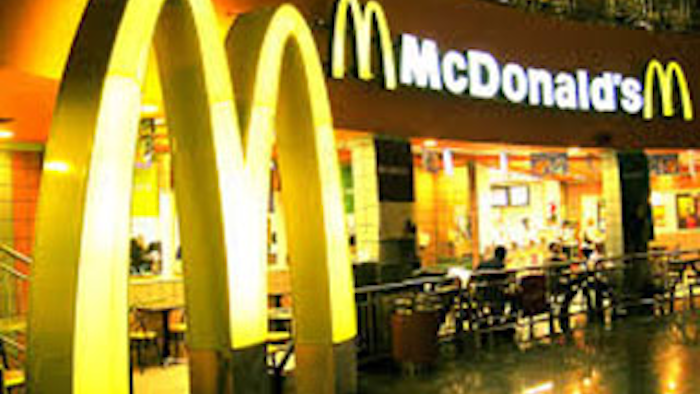 NEW YORK (AP) — McDonald's may be developing a taste for a new ingredient as it fights to reinvent itself: Kale.

The world's biggest burger chain says it's testing two breakfast bowls in Southern California, one of which includes the leafy green as an ingredient.

The test comes as McDonald's Corp. works to shake its junk food image, with sales at established U.S. locations declining for six straight quarters. CEO Steve Easterbrook, who stepped into the top spot March 1, has said he want to turn the chain into a "modern, progressive burger company."

Lisa McComb, a McDonald's representative, said in an email the kale is included in a Turkey Sausage & Egg White bowl, which also has spinach and bruschetta. The other option is a Chorizo & Egg bowl, which includes a hash brown, cheddar jack cheese and pico de gallo.

On Wednesday, Janney analyst Mark Kalinowski had also noted on that McDonald's was introducing three salads in Canada that have kale as an ingredient.

The embrace of kale may seem odd to some, considering McDonald's recently ran an ad that celebrated the Big Mac and mocked trendy ingredients like soy, quinoa, Greek yogurt — and kale.

It's the first intentional genomic alteration in an animal that the FDA has approved for both human food consumption and as a source for potential therapeutic uses.
Dec 15th, 2020
Follow Us
Most Recent