The House, under pressure to extend relief to drought-hit farmers and ranchers before Congress begins its summer recess, is expected to take up legislation this week to revive several expired disaster assistance programs. 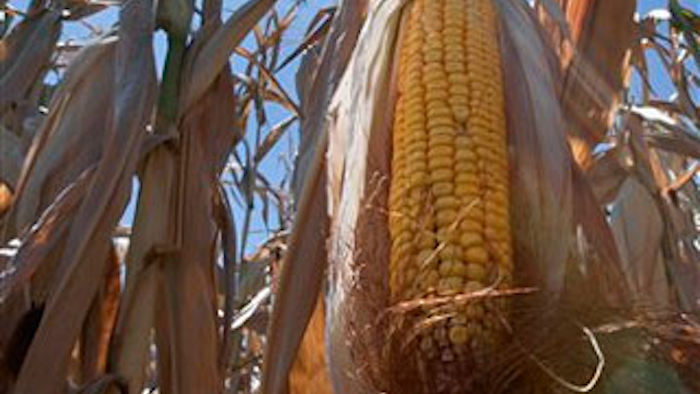 WASHINGTON (AP) — The House, under pressure to extend relief to drought-hit farmers and ranchers before Congress begins its summer recess, is expected to take up legislation this week to revive several expired disaster assistance programs.

The legislation slated to reach the House floor as early as Wednesday would also extend for one year the five-year farm and food act that is set to expire at the end of September.

"It is critical that we provide certainty to our producers and address the devastating drought conditions that are affecting most of the country, and I look forward to supporting and advancing this legislation," said Rep. Frank Lucas, R-Okla., chairman of the House Agriculture Committee.

The legislation would still have to be considered by the Senate before Congress leaves at the end of the week for a five-week recess.

The disaster relief would revive programs that were part of the 2008 farm bill but which expired last year. In particular they affect cattle, pork and other livestock producers who generally do not participate in the federally subsidized insurance programs that will partially shield corn, soybean and other crop producers from drought damage.

The cost of the legislation, which also covers farm-raised fish and tree disaster-assistance, was put at $621 million when stretched out over 10 years. That will be paid for by reductions in conservation programs and direct payments to farmers.

New five-year farm bills passed by the Senate in June and by the House Agriculture Committee earlier this month would eliminate direct payments, under which farmers are paid even when they don't plant a crop, to be replaced by new price and revenue support programs . Those direct payments, now costing about $5 billion a year, would continue if the one-year extension is enacted.

House Republican leaders have been reluctant to bring the new farm bill to the floor because of concerns it could go down to an embarrassing defeat. Some GOP conservatives object to the high cost — nearly $100 billion a year with 80 percent of that going to the food stamp program that now helps feed some 46 million people — while some Democrats oppose the bill because it would cut about $1.6 billion a year from the food stamp program.

But farm groups, as well as the Obama administration, have been pressing the House to act, citing the crisis over the drought as reason to put new farm policy into place as soon as possible. The House and Senate farm bills also restore the expired disaster relief programs.

"America's farmers need a new farm bill that will allow them the ability to make sound business decisions for the next five years," National Corn Growers Association President Garry Niemeyer said in a statement. "An extension of current law fails to provide the needed level of certainty."

Sen. Debbie Stabenow, D-Mich., chairman of the Senate Agriculture Committee, went to the Senate floor on Thursday to criticize plans for a one-year extension.

"They want to extend the farm bill for another year, with no deficit reduction, no reform, no certainty for farmers ... I think that would be a disaster."

But there is also the possibility that the House disaster relief package could be used as a vehicle for the House and Senate to begin negotiations on a compromise farm bill that could be considered in September, before the current bill expires.

The top Democrat on the House Agriculture Committee, Collin Peterson of Minnesota, said he was "against an extension and will remain opposed until I receive assurances that this is the path to conference a five-year farm bill with the Senate. Farmers need the certainty of a five-year farm bill."

The bills passed by the Senate and the House Agriculture Committee are similar in many ways, although they do have some differences in new commodity support programs. The House measure would save $3.5 billion a year over the current farm bill by ending some subsidy and conservation programs and reducing food stamp spending by $1.6 billion a year. The Senate bill calls for $2.3 billion in similar cuts, with only $400 million of that from the food stamp program.