Some grape growers fear that if shale gas drilling, or fracking, is allowed in New York's Finger Lakes region of postcard-perfect hills and crystal-clear lakes, the muddy well sites and rumbling trucks will not only endanger the environment but threaten the Finger Lakes' reputation for pristine beauty. 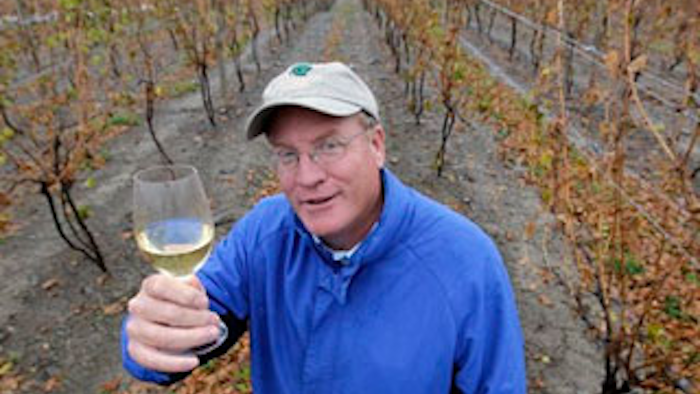 Some grape growers fear that if shale gas drilling, or fracking, is allowed in this region of postcard-perfect hills and crystal-clear lakes, the muddy well sites and rumbling trucks will not only endanger the environment but threaten the Finger Lakes' reputation for pristine beauty.

In their view, wine does not pair well with drilling.

"If they allow hydro-fracking anywhere near us, tourism will be over and the industry will be done," said Art Hunt of Hunt Country Vineyards near Keuka Lake, N.Y.

Hunt owns one of the roughly 100 wineries that dot the gently sloping hills around the Finger Lakes, which has a grape-friendly micro-climate created by the deep, slender, hill-framed waters.

The upstate wine region about 200 miles northwest of New York City does not have the cachet of California's famous valleys, but it has garnered a global reputation over the past decade for its Rieslings. Many of the wineries are small operations and depend heavily on business from tourists who make their way from vineyard to vineyard along the scenic roads.

One prominent winery, Dr. Konstantin Frank Vinifera Wine Cellars near Keuka Lake, averages 70,000 visitors a year. Dr. Frank was a World War II refugee from the Ukraine who brought the Finger Lakes into the modern era by successfully cultivating vinifera grapes in a region where winter temperatures commonly drop to 15 below zero.

His grandson Fred Frank worries the region's carefully tended reputation will be in danger if tourists who make the long trip up from the New York City area and elsewhere have to deal with traffic created by gas drilling.

"If they're in on traffic coming up a steep hill behind two or three tanker trucks crawling around at 5 mph, they're perhaps less likely to come back," Frank said.

The Finger Lakes sit atop the Utica shale formation and on the northern fringe of the Marcellus Shale formation, which is being tapped just across the state line in Pennsylvania through hydraulic fracturing, or fracking. The process involves the injection of massive amounts of chemically treated water into wells and is denounced by many environmentalists as a danger to drinking water supplies.

Gov. Andrew Cuomo's administration is reviewing the environmental and health effects of fracking and will decide whether it can go forward in New York. It is unclear how long the review will take.

Fracking is a polarizing issue that pits residents eager for new economic activity in a job-hungry region against those with environmental concerns. More than 110 upstate New York municipalities have passed moratoriums or outright bans on gas drilling.

The sweet spot for fracking in New York is south of many Finger Lakes wineries, and some of them would be protected by local bans. But winery operators say an entire lake could be polluted with one spill of chemical-laden water. They say that would create not only an environmental hazard, but a public relations nightmare.

"If the drilling does come to the Finger Lakes, what I can see happening in a heartbeat given a couple of accidents, all of the sudden the consumers are going to say, 'Are your vineyards near any wells?'" said Peter Saltonstall of King Ferry Winery by Cayuga Lake. "If people start thinking something is wrong with it, then we are sunk. That's something I stay up nights and worry about."

A spokesman for the Independent Oil and Gas Association of New York, a trade group, said fears of a forest of rigs and roads choked with trucks are unfounded. The buildup in New York is expected to be slow, wells will be spaced far apart, and water used in the process will be drawn from nearby ponds, lakes and streams when possible, instead of being brought in by truck, spokesman Jim Smith said.

"The industry and tourism in general have coexisted very well in New York, and our expectation is that it will continue to do so and that when we look back on this, the tourism industry will see this as a benefit to their business," Smith said.

Allied with the drilling companies are hundreds of residents looking forward to new jobs or big profits from leasing their land to drillers. Some farmers are among those who would welcome the economic jolt.

"The drilling operation is temporary and then all there is is a pad and pipe sticking out of the ground," said Gerald Urda, who grows organic vegetables and fruit, including grapes, southeast of the Finger Lakes in Windsor, N.Y. "I think the two can coexist. It's not going to be drilling forever, and it's not going to be the whole area at once."