The talk of the day among Ray Stoesser and other rice farmers is Iraq's decision not to buy U.S. rice, a stinging move that adds to a stressful year punctuated by everything from drought to unusual heat. 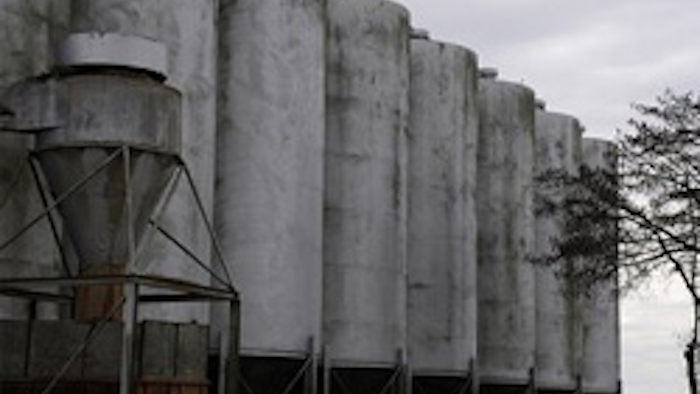 DAYTON, Texas (AP) — The talk of the day among Ray Stoesser and other rice farmers is Iraq's decision not to buy U.S. rice, a stinging move that adds to a stressful year punctuated by everything from drought to unusual heat.

Stoesser and other farmers know Iraqis struggled during the U.S. invasion and subsequent occupation. They know most countries — and people — buy based on price.

But at the moment, with production costs rising, export markets shrinking and rice prices dropping, it's difficult to be rational and suppress emotions so intimately intertwined with their land and livelihood.

"That's just not right," the 63-year-old Stoesser fumed. "If we've got some rice to sell, they ought to pay a premium for it just because this is the country that freed them."

Iraq imports most of its rice, about 1 million metric tons per year, making it a significant player in the global market. In the past decade, about 10 percent to 15 percent of that total came from the United States. But Iraq hasn't bought any U.S. rice since late 2010.

"You would think with all that we've done over there, there would be a way to get them to do business with us," said Ronald Gertson, who grows rice in Lissie, Texas.

Iraq has been buying instead from Asia and South America, and it recently lowered its quality standards so it would be able to buy rice from India, something that was impossible under the Iraqi Grain Board's old rules, said Andy Aaronson, chairman of the U.S. Department of Agriculture's Rice Interagency Commodity Estimate Committee. It also recently bought rice from Uruguay, which grows a variety similar to the American one but sold for less.

"Iraq seems to be buying on price, and the lowest offered price is coming now from India," Aaronson said.

In Iraq, officials said the decision to forego American rice largely came down to a matter of taste. A Trade Ministry official said Iraq has decided to import only long-grain basmati rice from India due to its wide acceptance nationwide and cheap price.

"We have no problem with the U.S. rice specifically, which was widely acceptable by Iraqis, but we are seeing a demand for the Indian rice rather than others, which is also bought in good prices," he added.

The official spoke on condition of anonymity because he wasn't authorized to make a statement on government policies. He would not comment on U.S. farmers' anger or their argument that Iraq should buy U.S. rice because thousands of Americans died in the war there.

Iraq had accounted for about 2 percent to 5 percent of U.S. sales each year. It stopped buying American rice during the Gulf War in the early 1990s and in 2003, when the most recent war started, Aaronson said. Every other year, though, during the war, insurgency and U.S. occupation, the Iraqi Grain Board bought American rice.

The lost sales sting because the U.S., unlike China and other major rice-growing nations, exports nearly half of its crop. With less demand from overseas, prices have dropped while production costs, including for fuel, have risen. The combination is squeezing farmers, Aaronson said. Rice acres in the United States decreased last year and will likely drop again as farmers switch to crops that will make them more money.

About half of the 3 million acres of rice typically planted in the U.S. each year are in Arkansas. The remainder comes from Texas, Louisiana, Mississippi, Missouri and California.

When Iraq sought bids on rice a few months ago, word on the street was the U.S. would have a piece of the action, said Mike Wagner, who grew up on a rice farm in Sumner, Miss. When that didn't happen, Wagner and other rice farmers say they were shocked.

"We invested so much in that country, and we feel like it's something of a slap in the face," said Wagner, who's considering planting more soybeans or a new crop on his 4,000-acre Mississippi Delta farm.

John Alter, 64, also is considering alternatives. Usually, about one-third of his 1,500-acre farm in DeWitt, Ark., is devoted to rice. This year, it would be risky to dedicate too much land to the crop, he said. The loss of imports is disappointing, Alter said, noting the price difference between U.S. rice and Uruguayan grain was small.

"We spent billions and billions, if not trillions over there, and lots of people died," Alter said. "There should be some reciprocation ... Last time I checked, there wasn't any Uruguayan soldiers that lost their lives in Iraq."