In the absence of federal regulation, states from Rhode Island to Hawaii are considering laws to require labels on food items containing genetically modified ingredients. More than two dozen states introduced GMO labeling bills and two have passed them. 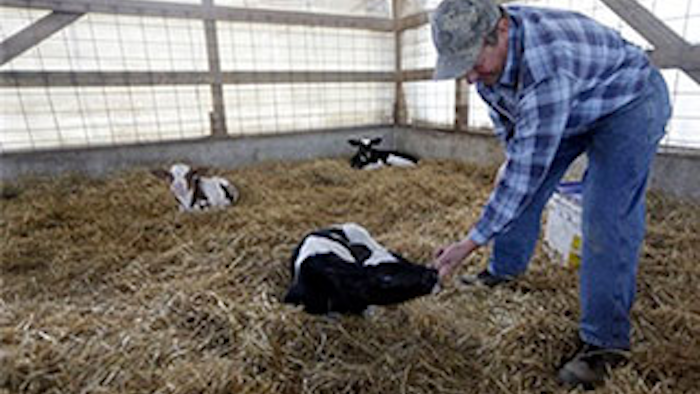 Currently, only Connecticut and Maine have laws requiring labels for genetically modified food. But those requirements won't kick in until other states adopt their own rules. Bills to do just that are expected in more than two dozen states.

Seventy percent of processed foods contain at least one ingredient made or derived from genetically modified crops, known as GMOs, according to the nonprofit Center for Science in the Public Interest. The industry-backed Grocery Manufacturers Association puts the number between 70 and 80 percent.

Genetic modifications to a plant can improve its quality, hardiness or resistance to pests or disease. Scientific studies have found no evidence that GMOs are more harmful than foods without genetic modifications, but those pushing for label requirements point to the value in the information itself.

"I don't know if it's harmful or unhealthy, but it's something people have a right to know about," said Rhode Island state Rep. Dennis Canario, a Democrat sponsoring a labeling bill. "They put calories on a package. They put the fat content. If the ingredients have been genetically altered, shouldn't that be listed on there somewhere?"

The proposals are opposed by biotechnology companies and many agricultural groups, who say genetic engineering has yielded more sustainable, affordable and productive farming around the globe. Business groups worry that labeling requirements would raise costs for food producers — and ultimately consumers — and raise unnecessary fears.

"This is mainstream agriculture," said Karen Batra, a spokeswoman with BIO, a biotechnology trade association. "It is how our food is grown, and it's how the vast majority of our commodity crops are grown. There's never been a single reported medical incident related to the consumption of these foods."

Voters in California and Washington rejected ballot proposals in the past two years that would have required GMO labeling. And in New Hampshire, lawmakers defeated a GMO labeling bill Wednesday. Among other arguments, opponents said any labeling requirements would likely face a legal challenge.

"If you believe genetic modification produces food that has a health risk, then you're saying the FDA should be the one to label it," said New Hampshire state Rep. Linda Lauer, a Democrat and a retired chemist. "And if there's no health risk, then why are you requiring a label?"

So Connecticut and Maine continue to wait on other states to enact laws before their own will take effect. Lawmakers in those two states added that provision to prevent a patchwork of state labeling rules that might be onerous to food producers.

The issue may be decided in Washington, where both sides are pushing for a federal standard on how GMO foods are labeled. The Food and Drug Administration, which says all genetically engineered foods must meet the same requirements as traditional foods, now allows producers to voluntarily label their items as genetically engineered or not.

Meanwhile, last month the Grocery Manufacturers Association wrote to the FDA asking whether foods "derived from biotechnology" could be allowed to be labeled "natural."

The association represents Monsanto Company, McDonald's, Procter & Gamble and hundreds of other companies. It notes that GMOs have been on the market for two decades, and include soy, corn, sugar and other items commonly used in a variety of foods.

Some businesses aren't waiting for government action. Whole Foods announced last year that it plans to label GMO products in all its U.S. and Canadian stores within five years. And General Mills recently announced it would no longer use GMOs in its original Cheerios recipe.

Dozens of nations including the members of the European Union already have GMO labeling laws. Scott Faber, executive director of the pro-GMO labeling organization Just Label It, said he believes the U.S. will follow suit, following pressure from states passing their own requirements first.

"Clearly the FDA has the authority to require labeling, but the states are leading the way," Faber said. "Ultimately, once a number of states act, the federal government will too."