Among other improvements McDonald's has also ceased using high-fructose corn syrup in its buns. It is also now using real butter instead of margarine. 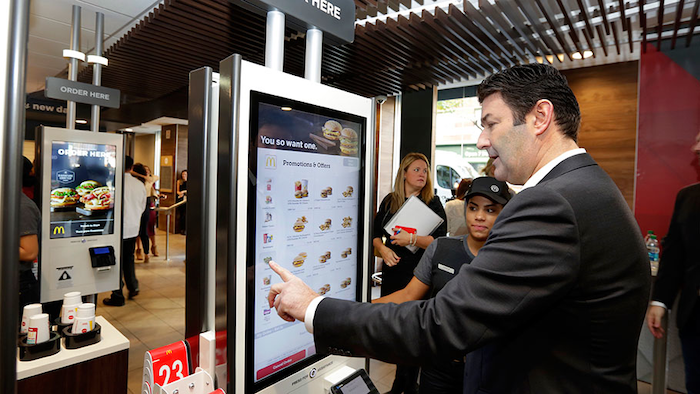 McDonald's is reportedly looking to freshen up its burgers.

According to a report from Fox News, McDonald's is testing the use of fresh, never frozen beef in its Quarter Pounders at 75 restaurants in and around Tulsa, Oklahoma.

McDonald's had previously tested fresh beef at restaurants in the Dallas/Fort Worth area, where it said it got positive feedback.

Among other improvements McDonald's has also ceased using high-fructose corn syrup in its buns. It is also now using real butter instead of margarine.

Health-concious changes to McDonald's food come in the wake of other changes to the brick-and-mortar restaurants themselves. The kiosks, which are currently being tested in select markets, allow customers to place their order on large touchscreens and then have their food delivered to their table by an server.

In an blog posted to Forbes.com, former McDonald's CEO Ed Rensi suggested McDonald's is moving to the kiosks in response to a recent fight by workers to raise the minimum wage to $15 per hour.

"I have a simple message for the protest organizers and the reporters covering them: I told you so," Renni wrote. "It brings me no joy to write these words. The push for a $15 starter wage has negatively impacted the career prospects of employees who were just getting started in the workforce while extinguishing the businesses that employed them. I wish it were not so."

Shares of McDonald's were trading down slightly in early trading Wednesday at $120.32.