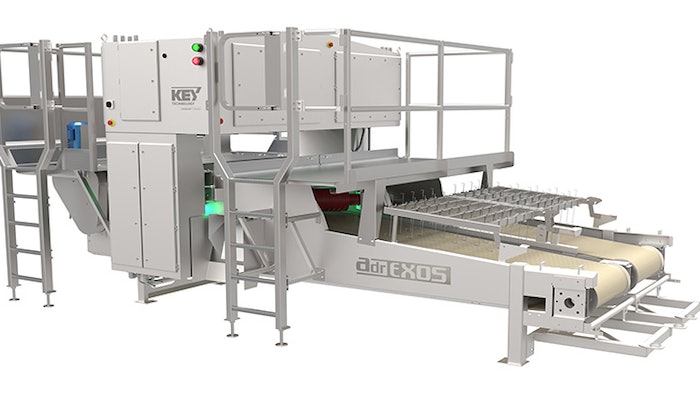 ADR EXOS is available as a completely new system and as a field upgrade kit that allows existing ADR5 users to access all the benefits of the new EXOS product technology.

At production rates of up to 7.7 metric tons (17,000 lbs.) per hour for shoestring cuts, and proportionally higher capacity rates for larger product cuts, ADR EXOS inspects defective potato strips that are rejected from an upstream digital sorter or all strips coming to it directly from the cutting equipment, depending on its location on the line. ADR EXOS can be used with Key’s recently-introduced VERYX as well as Tegra, Manta and Optyx strip sorting systems and competitive wet strip sorting systems. Key provides complete engineering support for combining sorting systems, ADR EXOS and Iso Flo vibratory conveyors into complete integrated sorting systems.