Experts say Texas' response to a winter storm that killed hundreds of people has been insufficient. 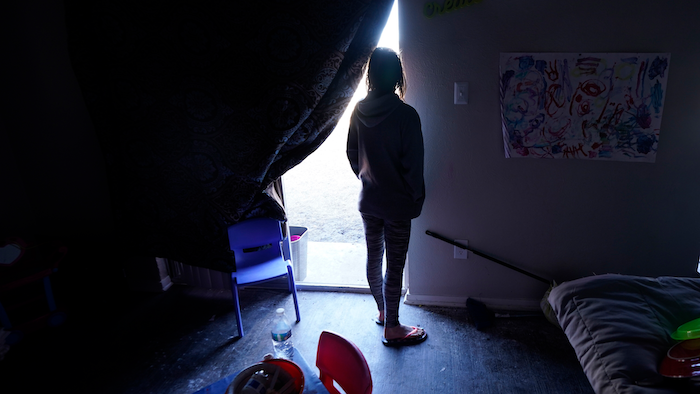 Texas is again at high risk of power blackouts this winter because of extreme weather like the catastrophic February storm that buckled the state's electric grid and left millions of people without heat for days, regulators said Thursday, Nov. 18, 2021.
AP Photo/LM Otero, File

AUSTIN, Texas (AP) — Regulators of Texas' oil and gas industry that buckled during February's deadly freeze moved Tuesday toward making some producers more prepared for cold weather, but not in time for this winter as the nation's power grid monitor warned the state is still at risk of blackouts.

Republican Gov. Greg Abbott is guaranteeing the lights will stay on this winter. But energy experts are less confident and say Texas' response over the last nine months to a winter storm that killed hundreds of people — including some who froze to death after power was knocked out to the proud energy capital of the U.S. for days — has been insufficient.

Some were concerned that gas operators that froze up in February — cutting off fuel to power plants — would be able to skirt new weatherization mandates by seeking exemptions. But gas supply deemed critical by the state could not avoid doing so under new rules passed Tuesday, according to state regulators, which critics agreed amounted to an improvement.

“It is not simply a get-out-of-jail-free card,” said Matt Garner, an attorney with the Texas Railroad Commission, the state's peculiarly named agency that regulates the oil and gas industry.

A recent annual winter forecast by the North American Electric Reliability Corporation, which oversees the reliability of the nation's electrical sector, projected Texas could have a nearly 40% shortfall in available power to meet demand in the event of another severe storm this winter. Officials behind that forecast said such an extreme scenario is not highly likely, but cannot be ruled out.

The February storm led to one of the biggest power outages in U.S. history, knocking out electricity to more than 4 million customers and leading to hundreds of deaths. Some homes were left without heat and water for days.

According to a report by federal officials in September, freezing issues were the largest cause of outages, at 44%. That included frozen instruments and wind turbine blades. Fuel supply problems were the next biggest factor, at 31%. Supply issues were mostly related to natural gas, including frozen wellheads.

The process for requiring gas operators to weatherize won't begin until next year.

“They won't be prepared for this winter, and that's something everybody needs to be clear about," said Virginia Palacios, executive commissioner of Commission Shift, a group that calls for more accountability from state energy regulators.