The CBO says the deficit equaled 15% of the U.S. economy, the largest since the final year of World War II. 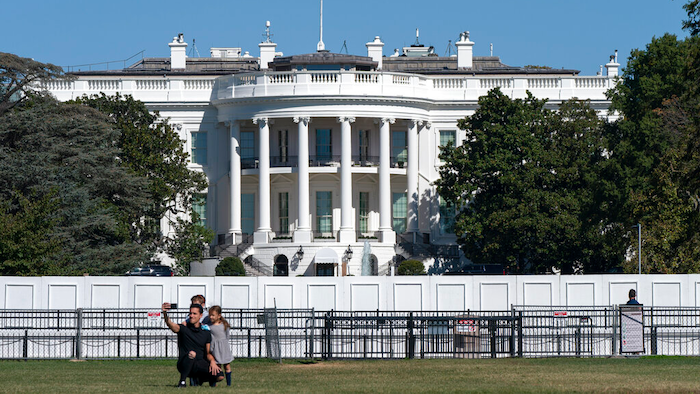 A family takes group portrait outside of the White House in Washington.
Associated Press

The Congressional Budget Office released the unofficial 2020 figures Thursday, saying the deficit equaled 15% of the U.S. economy, a huge gap that was the largest since the government undertook massive borrowing to finance the final year of World War II.

The government spent $6.6 trillion last year and borrowed 48 cents of every dollar it spent, CBO said. The numbers amount to a 47% increase in spending, led by $578 billion for the Paycheck Protection Program for smaller businesses, and a $443 billion increase in unemployment benefits over the past six months alone.

The massive figures were expected but still stunning, more than double the previous deficit record of $1.4 trillion that was registered during former President Barack Obama's first year in office during the Great Recession in 2009.

Economists say the most significant measure of government deficits is to compare them to the gross domestic product. By that score, the flood of red ink in 2020 still blew past Obama's 2009 record, in which the deficit almost hit 10% of GDP.

The CBO estimate is preliminary, based on daily Treasury reports, but is likely to match the official numbers due from Treasury and the White House budget office later this month.

The figures come as Washington has been debating another round of COVID-19 relief, spending that Federal Reserve Board Chairman Jay Powell says is needed to ease the chances of a double-dip recession and a higher jobless rate. But talks have broken down and fears are rising that more fiscal stimulus will have to wait until next year.

The COVID-related spike in the deficit obscures a smaller, steady rise in the deficit under President Donald Trump's watch. Trump in 2017 engineered a large tax cut whose 10-year cost has been matched by pandemic relief efforts over the past six months alone.

In August, CBO issued a 10-year estimate predicting the deficit would decline to $1.8 trillion in the 2021 budget year that began Oct. 1 and would register $13 trillion over the coming decade. It would average 5% of GDP over that time, a level that many economists fear could lead to higher interest rates and a stagnating economy.

It was the second-straight month that fewer projects tracked.
Oct 8th, 2020
Follow Us
Most Recent