Coke has branched out from its signature soda in an effort to win over customers who are rejecting sugary drinks. 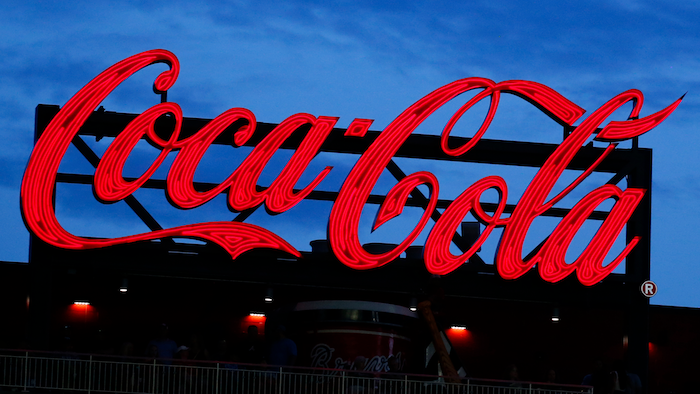 Coke reported net income of $2 billion, more than double the $870 million it reported in the October-December period last year. Earnings, adjusted for non-recurring items, came to 44 cents per share.

The results surpassed Wall Street expectations. The average estimate of seven analysts surveyed by Zacks Investment Research was for earnings of 43 cents per share.

Coke said organic revenues — which don't include the impact of acquisitions — grew 7% for the fourth quarter and 6% for the year. For 2020, the company expects organic revenue growth of 5%.

In the fourth quarter, organic revenues rose 26% in Latin America, 4% in North America and 8% in Asia. Organic revenues dropped 2% in the company's Europe, Middle East and Africa region.

Coke has branched out from its signature soda in an effort to win over customers who are rejecting sugary drinks. The company said Coca-Cola Zero Sugar saw double digit sales gains last year. Coffee and tea sales — boosted by the company's 2018 acquisiton of Costa Coffee — grew 4% in the fourth quarter and 1% for the year.

Best known for its potato rolls and bread, the company will have a new president on Aug. 1.
Jul 23rd, 2021
Follow Us
Most Recent