Alternatives to fish-based feed ingredients are growing in importance as fish stocks are increasingly under pressure. 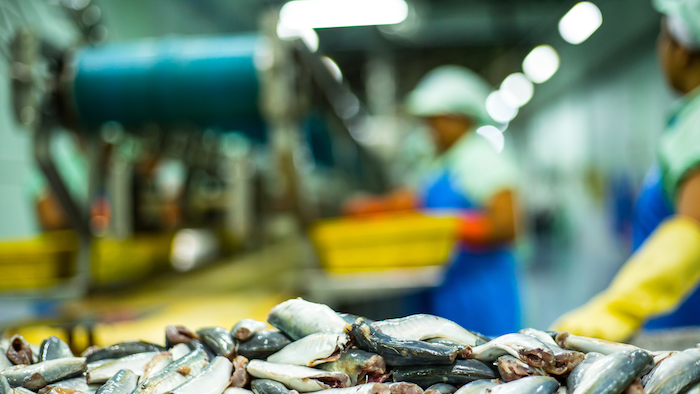 A company producing sustainable feed used in commercial fish farms has won a $200,000 prize in the "F3 Fish Oil Challenge", in which it's estimated over two billion fish were preserved. The competition was set up by global NGOs and researchers to accelerate the adoption of alternative feed ingredients that reduce the industry's reliance on wild-caught fish.

Veramaris, which produces fish-free EPA & DHA omega-3 oils used by commercial salmon, shrimp and bream farms, won the prize by selling the largest amount of its feed. This came from Norwegian salmon farmers implementing the new product. The volumes sold by Veramaris are equivalent to nearly 90 percent of the total two billion fish that were conserved during the challenge, according to estimates by the F3 Challenge organization:

Fish farming, which is also known as aquaculture, provides around half of the world's seafood and is growing fast to feed a growing population. The industry relies on wild-caught fish for feed, however, it is searching for high-quality alternatives to fish-based feed ingredients as fish stocks are increasingly under pressure.

According to the UN's Food and Agriculture Organization (FAO), 90 percent of fish stocks are either overfished or fished to their limit. A further reduction in these fish stocks would have a detrimental impact on the world's marine ecosystems. Supermarkets and food producers around the world are increasingly turning their attention to the use of sustainable aqua feed ingredients.

The Veramaris volumes were predominantly produced at two pilot facilities in Slovakia and the U.S. The Future of Fish Feed was launched in 2015 as a collaborative effort by NGOs, researchers, and private partnerships to accelerate the commercialization of aquaculture innovations to alleviate pressure on the oceans. The F3 Challenge is sponsored by The University of Arizona, University of Massachusetts Boston, Cuna del Mar, Synbiobeta, Anthropocene Institute, Dawson Family Fund, Sustainable Ocean Alliance, The Nature Conservancy, The Campbell Foundation, Tides Foundation, and The National Renderers Association.