Kansas Farmers Use Tech to Save Water 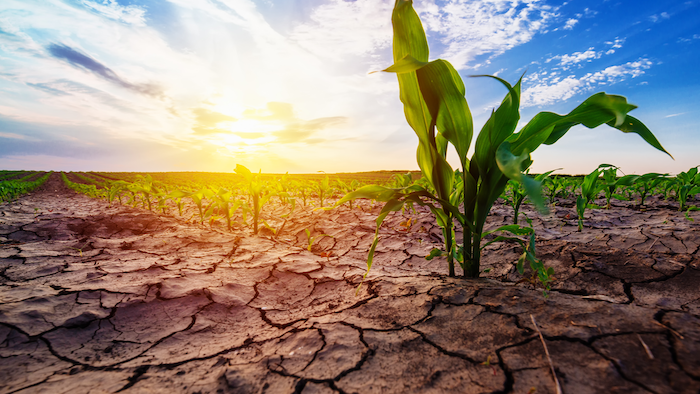 HUTCHINSON, Kan. (AP) — Father and son Ryan and Eugene Goering of Moundridge grow corn, soy and wheat. In the past, this team tried a variety of ways to save on output and to grow smarter. They used a few probes to decide how dry the soil was, and they used an app to determine their crop output by location.

But they knew they had more to learn. Last year, when they heard about the Kansas Water Office's Water Technology Farm program, they applied.

With the help of KWO, manufacturers, the Kansas Corn Commission and Kansas State University, the Goerings restructured their pivot system, making half of the seven towers a control unit and reframing the other half with a variety of nozzles. The pivots were fitted with different output nozzles, in a variety of configurations and lengths of tube. Some were orange, others blue, and several were black — but most importantly, they ranged in height and output. The Goerings also decreased the amount of water per pass and lowered the water pressure from 20 pounds to six pounds, The Hutchinson News reported.

"Less volume gives you higher impact on the cost," Ryan Goering said. "It takes energy to pump water. If I can apply less water and achieve the same yields, not only will I save water, but it will cost me less to produce that yield."

The team, which included an engineer, placed a variety of probes in different locations and set up an app to measure the flow of the water and compare the results of the different technologies. Unfortunately for the producers, they discovered too late that an older piece of equipment was not reading the water flow correctly. Despite this hiccup, the farmers thought this experiment was a success. They were also thankful the engineer noticed the issue and fixed it for them. Along with saving money on water, the pair wanted to help the environment and, ultimately, other farmers in the region.

"We know that the aquifer in this area is effectively over-pumped," Ryan Goering said. "The water levels are dropping in our wells. You can't keep doing that indefinitely."

"Water Technology Farms are an action item of the Long-Term Vision for the Future of Water Supply in Kansas. These three-year pilot public-private partnerships demonstrate irrigation technology, research and management techniques," said Katie Ingels, a spokeswoman for the KWO. Each year, different producers apply to be a part of the project and agree to the three-year commitment. Currently, 15 farms are participating, using 40 fields. Although these farms are spread throughout the state, the majority are located in the High Plains Aquifer.

"They (the projects) have been extremely valuable in expanding the conversation and education of producers and decision-makers on water conservation in areas overlying the depleting Ogallala Aquifer and water quality protection in the Equus Beds Aquifer region," Ingels said. Pat Janssen, of Kinsley, is on the board of the Water Protection Association of Central Kansas (WaterPACK) and is the project manager on the Water Technology Farm at Innovative Livestock Solutions in Stafford County. Janssen said WaterPACK and ILS are trying to find a means of making it easy for local Kansas farmers to discover new ways of using water strategically.

"We set it (the water treatment model) up so it could be easily adopted," Janssen said. "Every time it quits raining, you're in a drought."

Janssen is using a conventional pivot system, irrigation nozzles on the pivot spans, aerial imagery and remote soil moisture probes. He had his system checked by a professional to make sure it was running with the correct parameters and pressures. He also checks the pivots every time he uses the pivot. He said it would be worthwhile to have your watering equipment checked out every five to seven years.

"We're trying to do a better job of scheduling irrigation," Janssen said. "Our goal was to show through these simple steps that we would save water and get the same results. As long as the yields are similar, we are saving money." Janssen said the farm is saving between 10 to 15 percent in water costs. The Goerings are saving money, too.

"This gives the producers a chance to try out different technologies," said Susan Metzger, an administrator for the agriculture department at K-State and K-State Research and Extension. "One of the key things is for them to manage their production with less water. This is helping to provide science-based decision making."

Several of the farms are using drones; others are using aerial and satellite imagery. Gary Harshberger, who owns Harshberger Farms just south of Dodge City, is using a variety of water usage techniques to decrease his water output on his soybean and corn crops and increase his yield.

Starting in 2016, Tom Willis of T & O Farms in Finney County started conserving water through the use of 10 pivots. Willis' farm is designated a Water Conservation Area. The property is also being analyzed by Jonathan Aguilar, of the K-State Research and Extension office in Garden City, the Kansas Geological Survey and a crop consultant.

"So far with the alfalfa, he finds that it (the water system) is putting in the water with less evaporation. He is using less water," Aguilar said. "It's more efficient." The Kansas Legislature approved $75,000 in funding from the state water plan fund for fiscal year 2020.

"Overall, this program has helped producers who irrigate to see they can do more with less," Ingels said. "By having the opportunity to work with different technology vendors, they are finding they are now using less water on the crops, and still overall seeing comparable yields and profits than before becoming a Water Technology Farm."

The Goerings are looking forward to viewing next year's soybean crop results. Like the other Water Technology Farms, they will continue to have a control unit and will tweak the other irrigation units. "We think we're on the right track," Ryan Goering said. "We are more effectively getting water to the ground." 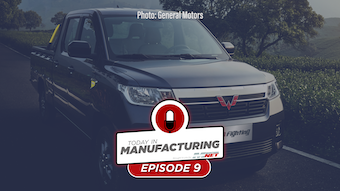 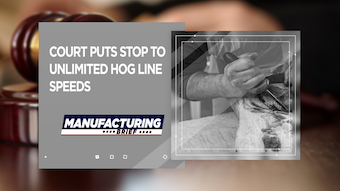