Disgraced fishing magnate is getting forced out of the US fishing industry. 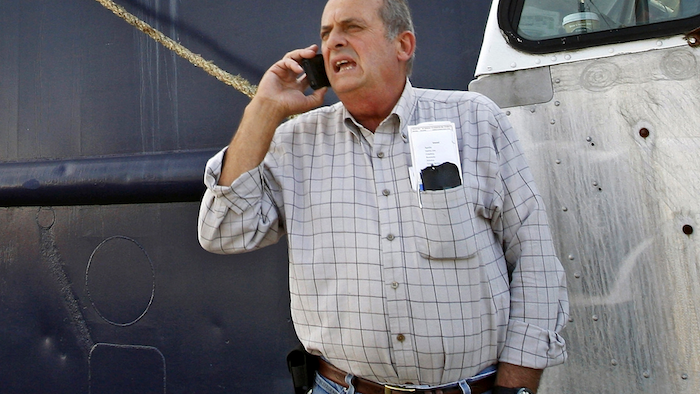 A father-and-son team from Massachusetts and other buyers are acquiring scallop fishing boats owned by a disgraced fishing magnate nicknamed the Codfather, signaling the beginning of the former mogul's forced exit from fisheries.

The sale of Carlos Rafael's 11 scallop boats, and their associated permits, is part of a civil settlement Rafael agreed to with the federal government that will result in his permanent removal from the U.S. fishing industry.

Rafael, once the owner of one of the largest commercial fishing operations in the U.S., was sentenced to nearly four years in prison for dodging quotas and smuggling profits overseas.

Scallopers Charles Quinn and son Michael Quinn are buying seven of Rafael's scallop boats and selling one of them, their attorney, Andrew Minkiewicz, told The Associated Press. Court documents state the Quinns paid about $46 million for the boats.

Rafael's attorney, John Markey, of New Bedford, confirmed the other boats have also sold, but declined to disclose the other buyers or purchase prices.

The Quinns, like Rafael, are based out of New Bedford, which is the largest scallop port in the country. The Quinns said their purchase of Rafael's assets will get the boats back in the water and prevent jobs from leaving the community.

"We saw this as a good opportunity to grow our own business, but also keep jobs in New Bedford and help the local economy," Michael Quinn said. "It's a once in a lifetime opportunity, it really is."

Markey said it's "difficult for Carlos to accept the fact that he's leaving the industry," but selling the assets is clearly the right decision. Rafael is required to sell the rest of his fishing permits and vessels by Dec. 31, 2020.

The National Oceanic and Atmospheric Administration announced the government's settlement with Rafael, which includes a fine of about $3 million, in August. The agency stated that the "great majority of Rafael's civil and criminal violations involved the groundfish fishery," which harvests species such as cod and haddock.

It stated that Rafael's "highly valued scallop permits were not used in those violations," but he must cease commercial scalloping by March 31, 2020, anyway. He has to stop the rest of his fishing operations by Dec. 31, 2019.

New Bedford Mayor Jon Mitchell said the sale of the scallop boats means the city "can be assured that a major piece of Rafael's fishing business will remain here, as we have advocated all along."

The charges against Rafael centered on a complex fish fraud. Investigators said Rafael's vessels claimed to catch groundfish such as haddock or pollock when they had actually brought species to shore that are subject to stricter quotas. He then smuggled proceeds from the sales to his native Portugal.

Minkiewicz, an attorney based in Washington, D.C., who works with fishing advocacy group Fisheries Survival Fund, said the sale will be "good for the overall fishery." America's scallop catch has been strong in recent years, in part because of conservative management and good prices at the docks.

"You want to see all of the vessels operate, for the fishery to be able to operate at maximum capacity," Minkiewicz said.