KFC Partners with Beyond Meat 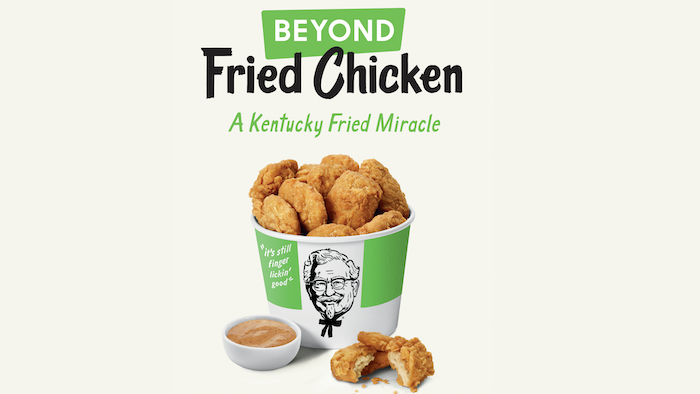 Kentucky Fried Chicken plans to test plant-based chicken nuggets and boneless wings Tuesday at one of its restaurants in Atlanta. Depending on customer feedback, the chain could expand the test to other markets.

KFC is partnering with Beyond Meat to develop the new product. Beyond Meat also sells plant-based burgers and sausages at grocery stores and some fast food chains like Carl's Jr. and Del Taco. It sold frozen plant-based chicken strips until earlier this year, but pulled them off the market because it wanted to improve the recipe.

Restaurants are responding to a surge in consumer demand for plant-based meats. U.S. sales of meat substitutes are expected to jump 78% to $2.5 billion between 2018 and 2023, according to Euromonitor.