He was owner of the one of the largest commercial fishing operations in the country before the scandal broke. 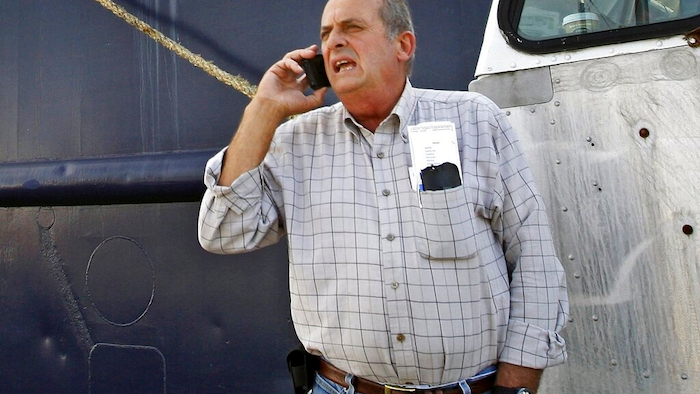 A fishing magnate known as the Codfather will never be allowed to return to U.S. fisheries, the federal government said Monday in announcing it has settled its civil case against a man whose arrest for shirking quotas and smuggling profits overseas shocked the East Coast industry.

The settlement with Carlos Rafael and his fishing captains will clear the way for his assets to be divested, the National Oceanic and Atmospheric Administration said. Those assets have been embroiled in litigation.

Rafael was based out of New Bedford, Massachusetts, and was sentenced to nearly four years in prison in 2017. He was owner of the one of the largest commercial fishing operations in the country.

NOAA Fisheries Assistant Administrator Chris Oliver said Monday the settlement "accomplishes NOAA's chief objective of permanently removing Mr. Rafael from participation in federal fisheries." It will also help return Rafael's assets to productive use when they are sold, he said.

"Mr. Rafael's forced divestiture and permanent ban from commercial fishing is a fitting end to this case, on top of the criminal sentence he is already serving," Oliver said.

Rafael's attorney, John Markey of New Bedford, said settling was "the smart thing" for his client, who he described as a lifer in the fishing industry who will miss the business.

"He was always willing to work. I think it's going to be hard for him, when he gets out, not to be a part of that industry and that story," Markey said.

NOAA's settlement with Rafael also states he is required to pay a civil penalty of just over $3 million and relinquish a seafood dealer permit. He has until the end of 2020 to sell fishing permits and vessels he owns and controls, and the transactions must be approved by NOAA.

Seventeen of Rafael's former fishing vessel captains also face penalties under the settlement. One condition is that they must serve suspensions during which they can't board federally permitted vessels while the vessels are at sea, or even offloading. Those suspensions vary from 20 to 200 days based on the captain's violations.

Rafael eventually pleaded guilty to false labeling and other charges after federal authorities charged he was operating an elaborate fish fraud. They said his vessels claimed to catch haddock or pollock when they had actually brought species to shore that are subject to stricter quotas. He then smuggled proceeds to Portugal.

Rafael's scheme, and his combative attitude, have made him the subject of television specials, including an episode of the CNBC series "American Greed" that quotes him boasting about controlling the market in New Bedford, one of the most important U.S. fishing ports.

The episode was called "Something's Fishy: The Codfather," a nickname for Rafael often used by media.