Up to 2,000 truck drivers began an open-ended strike over pay, a move that comes at the height of the summer tourist season and harvest. 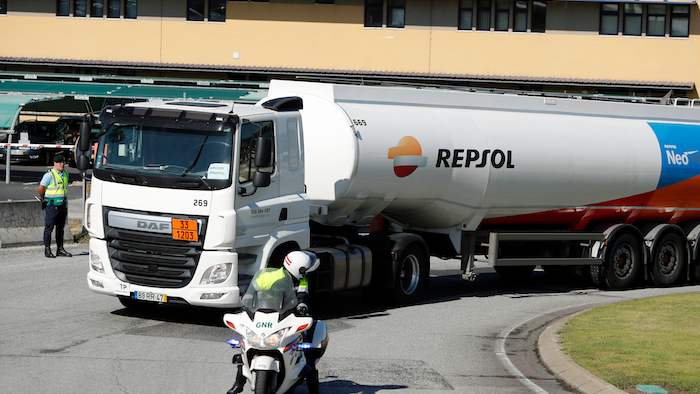 LISBON, Portugal (AP) — Portugal began rationing gas Monday as a precaution after 2,000 truck drivers began an open-ended strike over pay, a move that comes at the height of the crucial summer tourist season and during the summer harvest.

The government set a limit at gas stations of 6.6 gallons for light vehicles and 26.4 gallons for trucks until further notice as most tanker truck drivers walked off the job. Some truckers in other sectors of the economy also joined the walkout.

Anticipating gas and fresh food shortages, the center-left Socialist government, which faces a general election in October, is forcing truckers to provide a minimum volume of supplies. Authorities hope to minimize disruptions by demanding that truckers maintain gas supplies to emergency services and airports, provide 75 percent of normal gas deliveries for public transport systems and 50 percent to gas stations. All perishable goods and at least half of the normal food supplies must also be delivered to stores.

Some trucks delivering gas Monday had a police escort, and police said they were on standby for the possibility of roadblocks erected by strikers. Few queues were reported yet at gas stations after many people filled their tanks over the weekend.

The government warned that if truckers do not comply with the required level of minimum services, it will enact a rarely-used law to force them back to work. At the same time, the government was preparing to use qualified members of the security forces to deliver gas, if necessary.

The walkout was called by the National Hazardous Materials Drivers' Union, representing about 750 of the country's 900 tanker drivers, and the Independent Goods Vehicles Drivers' Union.

The truckers are demanding staggered annual rises over the next three years in their basic pay and benefits. They want their basic pay to increase from 630 euros ($705) a month to 900 euros ($1,007) by 2022.

Employers say they can't afford the demands by the unionized truckers. Prime Minister Antonio Costa, who visited emergency services Monday to check their readiness for the strike, appealed to both sides to return to negotiations.

Farmers in Portugal fear they won't be able to get fresh summer produce, such as lettuce and tomatoes, to stores before they go rotten. Dairy farmers have warned they could lose millions of liters of milk a day due to the strike.

Portugal's southern Algarve region, a popular European vacation destination, hosts one million tourists in August and tour operators are concerned that some of those holidays could be disrupted.