The Jensens, who pleaded guilty in 2013 after 33 died from eating their tainted melon, now face charges related to an industrial hemp shipment. 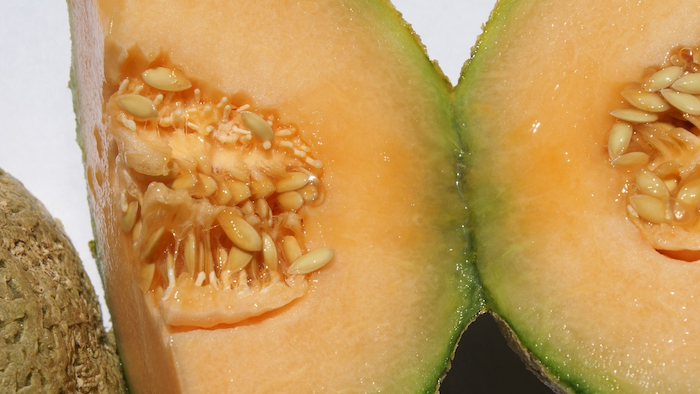 TOPEKA, Kan. (AP) — Two brothers from Colorado whose contaminated cantaloupe killed 33 people and hospitalized many more in 2011 are facing drug charges in Kansas related to an industrial hemp shipment.

Eric and Ryan Jensen grow industrial hemp — a non-intoxicating cannabis plant — at a farm run by Eric's son in Holly, Colorado, where industrial hemp is legal. They are accused of attempting to ship industrial hemp by FedEx through Kansas, where the crop is illegal, The Wichita Eagle reported .

The Jensens pleaded guilty in 2013 to causing a nationwide outbreak of listeria through infected cantaloupe grown at their farm. They were sentenced to home detention and ordered to pay thousands of dollars in restitution.

"We're still so far in debt from that deal that I don't know when we'll ever come out of it," Eric Jensen said of the cantaloupe case. "Both our reputation tarnished and everything else. We've been trying to dig out of it and was kind of hoping my son's deal with the hemp would kind of help us both to get out of it and we just keep getting deeper and deeper."

That seemed to be the end of it, but in January of this year, the Seward County Attorney's Office charged the brothers with four drug offenses, including three felonies, that accuse them of distributing marijuana or possession of marijuana with the intent to distribute.

Kade Goodwin, an assistant county attorney prosecuting the case, said he couldn't explain why two years passed before the charges were filed. Eric Jensen successfully fought an attempt to extradite him to Kansas, and authorities have not tried to extradite Ryan Jensen.

Colorado requires industrial hemp to have less than 0.03% of THC, the chemical that produces a high in marijuana. Eric's attorney, Dodge City lawyer Van Hampton, is meeting roadblocks in his effort to have the THC concentration tested.

Hampton said Kansas authorities wouldn't let an independent lab in Denver test a sample. He said the Colorado Bureau of Investigation would conduct a test if Kansas requests it, but Kansas hasn't asked. And the judge in the case, Seward County District Court Judge Clint Peterson, is refusing to hear a motion to order testing, he said.

The Kansas Department of Agriculture, which has the only lab in the state able to run the test, ""hasn't been as cooperative as we'd like and we don't want to ship it off to a third party in another state," said Goodwin, who said he wants the package tested.

The state Agriculture Department does not test samples in criminal investigations, instead limiting its role to administration and regulation with the Kansas Industrial Hemp Research Program, said spokesman Jason Walker.

Without testing, the case is at a standstill.

Goodwin at first suggested he would likely drop the case if a test showed the THC concentration at 0.3 percent or below. But he later clarified that "the prosecutor's office will look at it from all angles and make a determination, but we're not guaranteeing everything will be dismissed."

Copyright 2019 The Associated Press. All rights reserved. This material may not be published, broadcast, rewritten or redistributed.