A new study says that this polyphenol-rich beverage may help improve cognitive performance in older adults. 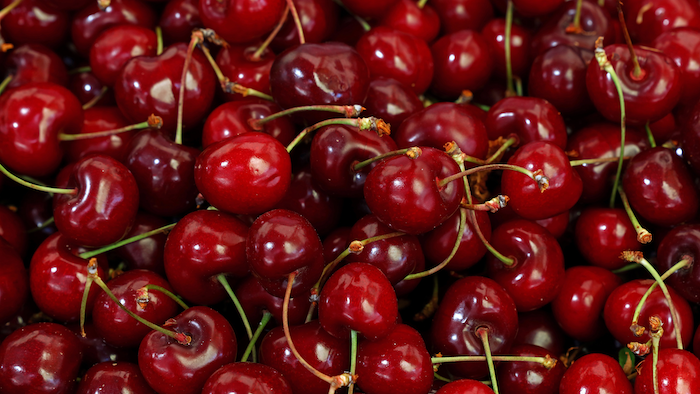 In a new study published in the journal Food & Function, researchers at the University of Delaware found daily intake of Montmorency tart cherry juice improved memory scores among adults, ages 65 to 73 years. In this randomized-controlled trial, 34 participants were assigned to consume either 16 ounces (480 mL) of Montmorency tart cherry juice or the same amount of a placebo drink, half in the morning and half in the evening, every day for 12 weeks.

All participants were generally healthy (not heavy smokers, no prior diagnosis of heart disease, diabetes, cancer, psychiatric disorders, etc.), were not taking any medications that could affect brain function and were asked to maintain their regular diet and physical activity levels for the duration of the study. Before and after the 12-week trial, researchers analyzed cognitive function and subjective memory scores via a series of questionnaires and tests.

After 12 weeks, those drinking Montmorency tart cherry juice exhibited improved scores in both cognitive function and subjective memory. Specifically, the tart cherry group showed a 5% increase in satisfaction with their ability to remember things, a 4% reduction in movement time (a measurement of speed of response to visual stimuli) and a 23% reduction in errors made during an episodic visual memory task (which assesses visual memory and new learning) compared to placebo. They also exhibited a 3% improvement in visual sustained attention (which measures visual information processing) and an 18% reduction in errors made during a spatial working memory task (which assesses memory and strategy use) compared to baseline values.

"Cognitive function is a key determinant of independence and quality of life among older adults," said lead author Sheau Ching Chai, assistant professor of behavioral health and nutrition at the University of Delaware. "The potential beneficial effects of tart cherries may be related to the bioactive compounds they possess, which include polyphenols, anthocyanins and melanin. They may also be related to tart cherry's potential blood-pressure lowering effects, outlined in a previous study we conducted in the same population, as blood pressure can influence blood flow to the brain."

Compliance rate throughout the 12-week trial was high (94.2%), suggesting tart cherry juice twice a day was a manageable addition to these participants' daily routine.

The sample size of this study was small, and larger, longer studies are warranted to confirm its findings.