Jim Beam Thanks Firefighters Who Put Out Blaze

The producer of the world's best-selling bourbon writes that it regrets the environmental impact of the fire. 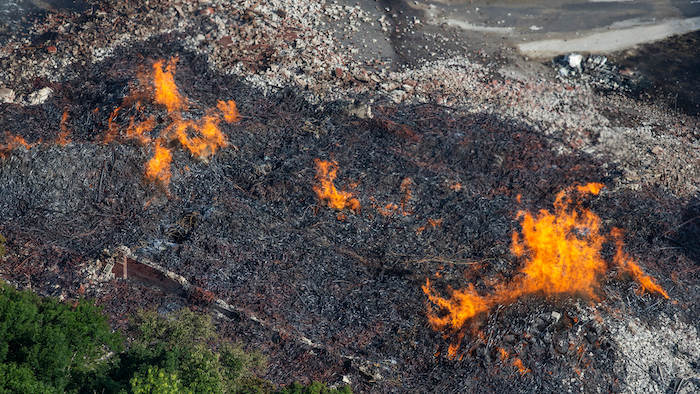 VERSAILLES, Ky. (AP) — Jim Beam has written an open letter to some newspapers to thank firefighters for battling a fire that recently burned down a storage warehouse in Kentucky. The producer of the world's best-selling bourbon writes that it regrets the environmental impact of the fire.

Beam officials say they're working with state and local authorities to "restore the natural environment" near the warehouse that was destroyed when a lightning strike triggered the fire. Beam writes that it did "everything we could to manage the impact to wildlife."

The massive blaze earlier this month destroyed about 45,000 barrels of aging whiskey. Bourbon-filled runoff flowed into nearby waterways, removing oxygen from the water and killing fish.

In their letter, company officials say they "raise our glass" to thank the firefighters who extinguished the blaze and kept it from spreading.