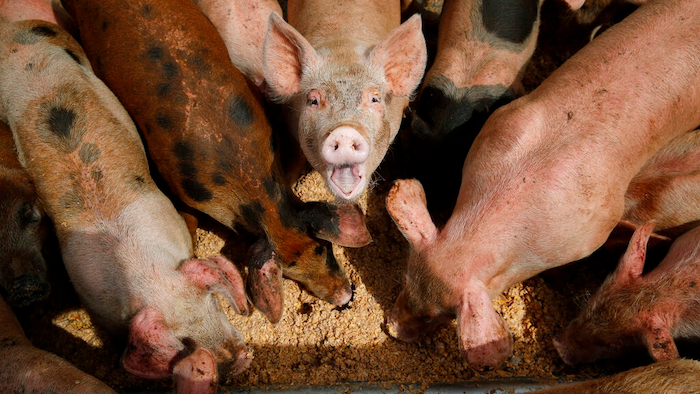 LITTLE ROCK, Ark. (AP) — A legal advocacy organization has filed a lawsuit in federal court challenging an Arkansas state law that farm organizations have used to shield themselves from undercover investigations by animal rights groups.

Lawyers for the Animal Legal Defense Fund and other animal rights organizations filed the suit Tuesday against state Rep. DeAnn Vaught and her husband, who own a pig farm, and Peco Foods, an Alabama-based poultry farm with Arkansas facilities.

The suit argues that the 2017 law, which was sponsored by Vaught and bars undercover investigations at private businesses like large farms, violates the First Amendment to the Constitution by banning a form of speech.

The organizations are suing the Vaughts' farm and Peco because the legislation does not allow state agencies to enforce the law.

David Muraskin, Senior Attorney at Public Justice, which is representing the organizations suing, said his clients asked the Vaughts' farm and Peco Foods to waive their rights under the law, which would have allowed investigations. By not doing so, the organizations have reasonable belief they'd be targeted by the law, Muraskin said, which gives them claim to sue.

Muraskin said the two parties named in the suit are businesses the animal rights organizations "want to investigate and have specific plans to investigate and the law is the thing standing in the way of them doing so, because they are afraid of these penalties."

The lawsuit also claims that the wording of the law is too broad. As written, it prohibits a person from gaining access to a "nonpublic area of a commercial property," and in any way capturing or recording damaging information, wording that lawyers say would prohibit a parent from documenting problems at a daycare or a customer from recording illegal conduct in the backroom of a store.

A federal judge struck down a similar Iowa law in January, though Republican Gov. Kim Reynolds signed a different law in March that prosecutes people who conduct undercover investigations.

In Indiana, an undercover investigation by an organization not involved in the Arkansas suit revealed farm workers abused calves and adult cows at a dairy. On June 10, three former employees were charged with animal cruelty.

Federal courts have ruled against other "ag-gag" laws in Idaho, Utah and Wyoming, and litigation is ongoing in North Carolina.

The Vaughts and Peco Foods could not be reached for comment.

Law on Undercover Workers Struck Down