The investment will fuel Parmela's goal of becoming the brand most known for making plant-based dairy the world's first option. 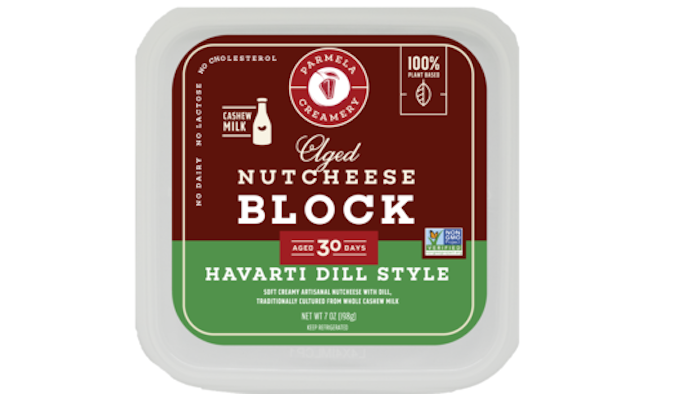 Parmela Creamery, a producer of cultured, plant-based cheeses, has raised over $1 million in a Series Seed financing round led by 25Madison. Other investors include Gather Ventures and Luke Abbott. The investment will fuel Parmela's goal of becoming the brand most known for making plant-based dairy the world's first option. Parmela will also utilize the funds to strengthen brand awareness and support ongoing product development.

Since launching in 2014, Parmela has grown due to its taste and nutritional content. The company's products are available in thousands of stores including Publix Super Markets, Whole Foods Markets, Wegman's and others. Unlike other cheese alternatives, Parmela uses traditional culturing and aging as part of its cheese making process, which, according to the company, allows its cheeses to develop rich and creamy flavors, The company sells shreds, slices, sauces, dips, spreads, blocks and a new line of raviolis.