Baby eels are one of the most lucrative marine resources in the U.S. on a per-pound basis, but the fishery has had problems with poaching. 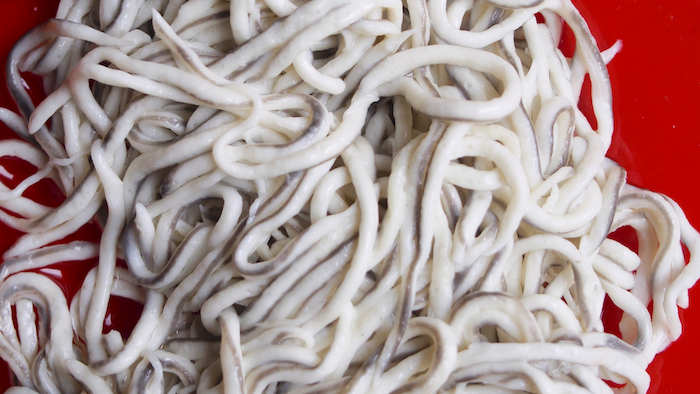 PORTLAND, Maine (AP) — Maine's baby eel fishermen are enjoying a steady harvest and strong prices during the first season in which regulators are using new controls to stop poaching.
Baby eels, called elvers, are one of the most lucrative marine resources in the U.S. on a per-pound basis, but the fishery has had problems with poaching. This year, packing and shipping of the fish is subject to more scrutiny from the Maine Marine Patrol.
Fishermen are nearing the end of their quota for the year, which is slightly less than 10,000 pounds. The state says the average price is more than $2,000 per pound.
Maine is the only state with a significant fishery for elvers. They're sold to Asian aquaculture companies so they can be raised to maturity and used as food.
Latest