The tomato plant manager knowingly used a staffing company that supplied workers who were living in the country illegally. 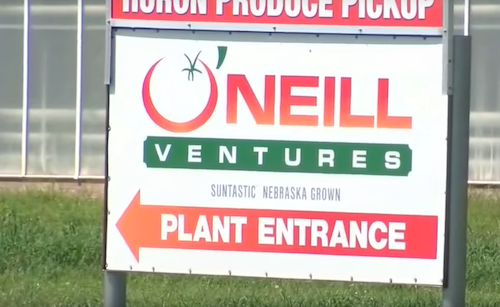 LINCOLN, NEB. (AP) — The general manager of a northern Nebraska tomato plant is accused of knowingly using a staffing company that supplied workers who were living in the country illegally.

The Lincoln Journal Star reports that Rick Karnes and his company, O'Neill Ventures, have been charged with conspiracy to harbor illegal aliens.

His next court hearing is set for May 2 in Lincoln. Federal records don't list the name of an attorney who could comment for Karnes.

Prosecutors have said O'Neill Ventures used false names for the workers to hide their identities from enforcement officials and failed to verify the employees could legally work in the U.S.

The case was filed months after agents raided businesses in Nebraska and Minnesota that officials say knowingly hired immigrants who were in the U.S. illegally.