Damage from wildlife is not unusual, but this year an abundant population of squirrels is disrupting plastic sap tubing and spouts. 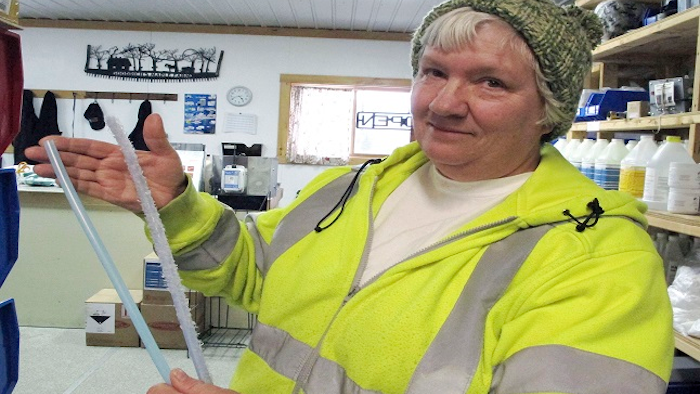 DANVILLE, Vt. (AP) — Maple syrup producers have more than the weather to worry about. Frenetic squirrels are chomping on equipment, crimping the flow of sap at some operations. Damage from wildlife — deer, bear woodpeckers, and squirrels — is not unusual for maple producers, but this year an abundant population of squirrels is disrupting plastic sap tubing and spouts at some sugaring operations in New England.

That means producers must go out into sometimes deep snow to find and replace the damaged lines that transport the sap from the maple trees or other chewed or missing equipment, which producers say can be time-consuming and expensive. "Occasionally they declare war. And it seems like they have this year," said Ruth Goodrich of Goodrich's Maple Farm in Danville, Vermont, the largest maple producing state.

The business, which also sells maple equipment, thins out other trees so the maples don't have competition and to remove the food source for squirrels. But on a parcel of state land it rents in Groton where other trees are mixed in, the squirrels did a number on the equipment.

The boom in the squirrel population is mostly tied to an increase in food source, such as acorns and other mast from trees, said Mark Isselhardt, maple specialist with the University of Vermont Extension. But the squirrels aren't causing problems for all producers, he said.

The varmints haven't been any worse than normal this year for Bascom Maple Farms in Alstead, New Hampshire. "We haven't had a lot of snow cover," said Bruce Bascom. "We've only got about a foot of snow here. I think the squirrels are not having that hard a winter."

But Lyle Merrifield of Gorham, Maine, said he's had to fix about 60 spots in his operation damaged by the chomping critters. The trouble is the squirrels could take one bite of tubing and move another 100 feet where they could take another bite, making the damage hard to find, said Merrifield, who is president of the Maine Maple Producers Association.  "I've heard a lot of people talk about squirrel damage so it's probably the worst we've seen, combined with the deep snow, just that combination," he said.

There's no way to completely control the squirrels, Isselhardt said. It's best to wear gloves when handling the tubing so salt and oil from bare hands isn't left behind to attract wildlife. He advises against using any chemical deterrence on the tubing or anywhere near it. Trapping and shooting are also options.

But he said that won't necessarily prevent the problem, because it doesn't take many squirrels to affect the system. "They're able to cover ground and do some damage, and you can fix a line and they'll be right back to it the next day," Isselhardt said.