A $20 million investment at the country's largest organic poultry plant provides, among other things, higher-welfare modular containers and specially-designed trailers. 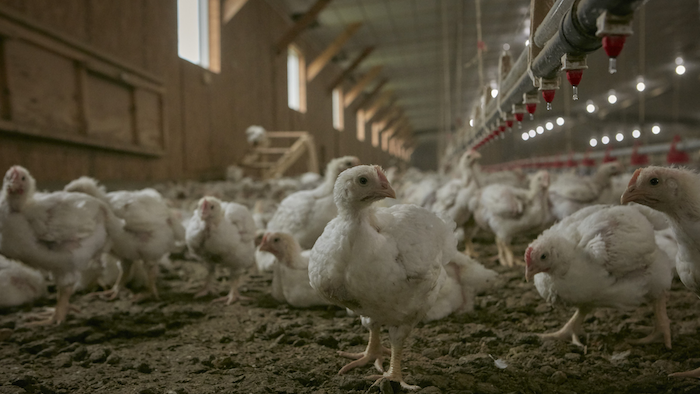 (PRNewswire)  Perdue Farms has followed up its 2018 move to controlled atmosphere stunning (CAS) at its Milford, Delaware plant with the country's first system to improve live bird handling at the farm. The milestone at the country's largest organic poultry plant makes Perdue the only major poultry company to use CAS with a fully-integrated transportation system of higher-welfare modular containers and specially designed trailers. There are currently only eight other installations of these container systems in the world.

The second phase introduces covered trailers that feature a solid roof and breathable side curtains that better control environmental factors like temperature, humidity, oxygen levels and ventilation. The specially designed trailer also carries the higher-welfare transportation containers that provide easier all-around access and increased headroom for chickens during transport. Utilizing these advanced containers also leads to drastically less handling of chickens from the farm to the plant as they are able to remain in their container as they enter the CAS system.

Representing a more than $20 million investment in higher animal welfare, the completed CAS system is a milestone in Perdue's commitment to convert 100 percent of its harvest plants to CAS instead of electrical stunning, which eliminates the process of shackling conscious birds upside down prior to being insensible to pain.

"When we took phase one of our CAS system live, we wanted to learn as much as we could and improve that process while we planned for this second and final phase. As a result, we've been able to fine tune this fully-integrated system that greatly reduces the stress on the birds from the farm to the harvest plant," said Bruce Stewart-Brown, DVM, Senior Vice President of Food Safety, Quality and Live Production. "We're proud to complete this project that raises the bar for the industry and continue on our animal welfare journey."

Perdue's investments in higher animal welfare systems are also being recognized by global animal advocacy organizations seeking changes within the broader industry. For the second consecutive year, Perdue Farms placed among the highest ranked of more than 150 global food companies in the global Business Benchmark for Farm Animal Welfare.

"We applaud Perdue's efforts," said Lauri Torgerson-White, Senior Animal Welfare Specialist at Mercy for Animals who has seen the new system. "By eliminating the need to shackle conscious chickens upside down, the potential animal suffering in these systems is greatly reduced."

Perdue notes other beneficial outcomes are being realized with the second phase of the CAS system, in addition to the major improvements to poultry welfare. Fuel efficiency has increased approximately 32 percent utilizing the new trailers and ultimately uses less fuel per load. The higher-welfare container system also makes use of an automatic wash machine that strengthens biosecurity by returning the cleanest possible containers back to the farm.