The patent confirms that their eggs are produced in a method that enriches the nutritional content. 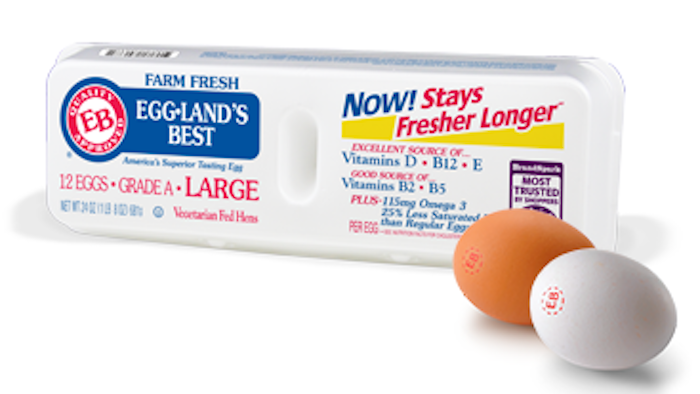 Eggland's Best has announced that the U.S. Patent & Trademark Office has granted a first-of-its-kind patent only to Eggland's Best for its method of producing a better shell egg.

This patent, A Method for Production of a Verified Enriched Shell Egg, confirms that Eggland's Best eggs are produced in a method that enriches their nutritional content.

According to the company, Eggland's Best's patented method of production and verification ensures that every EB egg has superior qualities, including high nutritional content, a reduced risk of Salmonella Enteritidis and other exceptional egg and shell qualities.

This patent demonstrates and verifies that the EB process is superior, resulting in the highest quality egg.

The company says that the nutritional profile is due to its proprietary all-vegetarian hen feed that contains healthy grains, canola oil and a wholesome supplement of rice bran, alfalfa, sea kelp and vitamin E.