The use of new packaging is being blamed for the error. 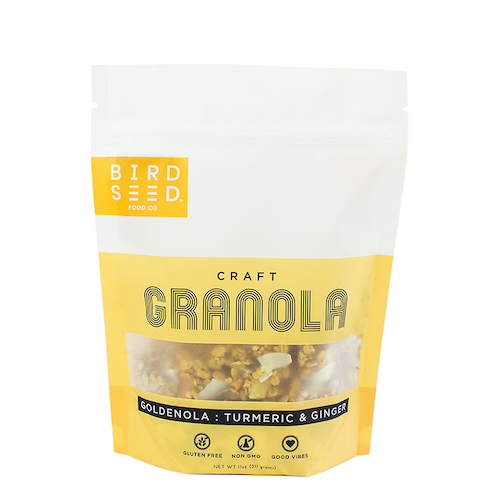 Birdseed Food Co. of Bend, Oregon has announced a recall of their Craft Granola Goldenola Turmeric & Ginger mix that was sold between October 3, 2018 - February 7, 2019. The 11 ounce and three ounce packages contains cashews, which is not identified on the label. People who have an allergy or severe sensitivity to cashews run the risk of an allergic reaction.

The product was sold at retail locations in California, Connecticut, Maryland, New York, Oregon and Pennsylvania, as well as online. No illnesses have been reported to date. The mislabeling of the product happened upon attaining new packaging in October 2018, and the firm became aware of the issue via a customer email. The company stated that they will remove cashews from the recipe moving forward.