Popular in higher-priced Asian cuisine, the eels were worth over $200,000. 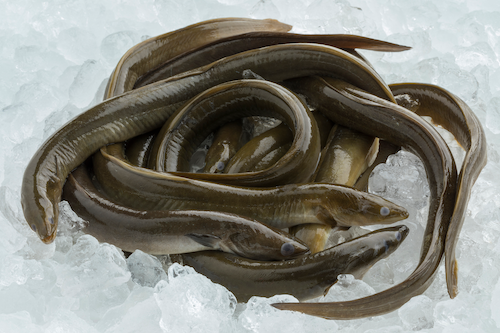 ZAGREB, Croatia (AP) — Croatian police say two South Korean citizens have been arrested after trying to smuggle about 252,000 live eels out of the country. The two, whose ages are 38 and 47, were caught with the young fish packed in eight cases at Zagreb's international airport on Wednesday. Their names weren't given.

They were arrested because European eels are a protected species. Croatian media say their market value is estimated at $204,000. Eels are commonly used in Korean, Chinese and Japanese cuisine and the dishes are popular but can be expensive.

Croatian authorities said Thursday the two face charges of "destroying protected natural goods." They could end up in jail if convicted. They say the fish were handed over to the Zagreb zoo.