Shutdown Shutting Down $2.5B Crop

While the President enabled the potential of hemp by signing the Farm Bill, the shutdown has put necessary regulatory processes on hold. 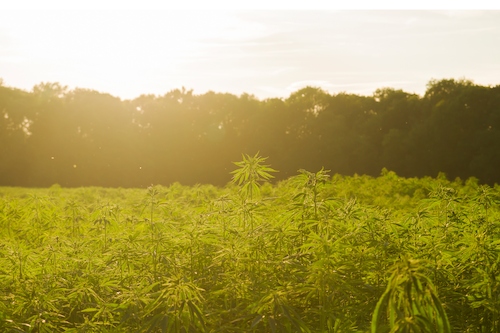 When President Trump signed the 2018 Farm Bill into law last month, the domestic growing of hemp was legalized at the federal level. The bill removed hemp from the list of federally-controlled substances and treats the low-THC version of the cannabis plant like any other agricultural crop.

Approval at the national level means hemp farmers can buy crop insurance, apply for loans and write-off business expenses like any other farmer. This also means they can ship across state lines without fear of prosecution.

With applications ranging from textiles to food ingredients, 23 states issued 3,544 licenses in 2018, according to Vote Hemp, a nonprofit hemp advocacy group. An AP report puts the total market for hemp at $820 million today, with projections reaching $2.5 billion by 2022.

The problem is that in order to proceed with plans for growing hemp, farmers in several states need to pass a federal background check performed by the FBI. So, while the President enabled the potential hemp growth to proceed by signing the Farm Bill, the current government shutdown means the background checks that need to be performed to realize this opportunity cannot move forward.

Additionally, until Congress approves legislation for funding and issues guidelines, which won't happen until the federal government re-opens, the Department of Agriculture is unable to approve state hemp programs. Essentially, like many other services, the government shut down has put the growth of the hemp market on hold.