With OK from Congress, U.S. Hemp Market Set to Boom

Federal legalization could triple the overall hemp market to $2.5 billion by 2022, with $1.3 billion of those sales from hemp-derived CBD products. 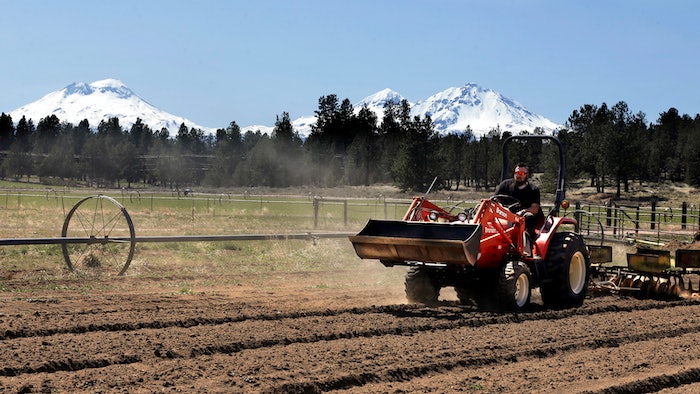 PORTLAND, Ore. (AP) — Hemp is about to get the nod from the federal government that marijuana, its cannabis plant cousin, craves.

A provision of the farm bill that received final approval in Congress on Wednesday removes hemp from the list of federally controlled substances and treats the low-THC version of the cannabis plant like any other agricultural crop. THC is the cannabis compound that gives pot its high. President Trump is expected to sign the bill into law next week.

The change sets the stage for greater expansion in an industry already seeing explosive growth because of growing demand for cannabidiol, or CBD, a non-psychoactive compound found in hemp that many see as a way to better health. Federal legalization could triple the overall hemp market to $2.5 billion by 2022, with $1.3 billion of those sales from hemp-derived CBD products, according to New Frontier Data, a cannabis market research firm.

"It's a huge deal because it's a domino effect. Banks can get involved now and if banks get involved, then credit card processors get involved — and if that happens, then big box stores like Target and Wal-Mart get into it," said Sean Murphy, a New Frontier data analyst who's tracked the industry since its infancy in 2015. "All these big players are going to come in."

Hemp, like marijuana, already is legal in some states. Approval at the national level brings a host of benefits that the pot industry has yet to see. Hemp farmers will be able to buy crop insurance, apply for loans and grants, and write off their business expenses on their taxes like any other farmer.

And those who sell dried flower or CBD-infused products made from hemp can now ship across state lines without fear of prosecution as long as they are careful not to run afoul of the U.S. Food and Drug Administration. Many did so before, but always looked over their shoulder because the law was unclear.

Michelle and Scott Fields, who run an organic hemp farm outside Grants Pass, Oregon, include a detailed letter to law enforcement in each package they ship that explains the dried flowers inside may look a lot like pot, but actually can't get anyone high. "Probably the best part of this is that everybody can take a sigh of relief and not worry about that gray area anymore," said Michelle Fields, who worked in real estate until three years ago, when she and her husband started Fields of Hemp LLC.

Hemp looks like marijuana to the untrained eye, but it contains less than 0.3 percent THC. Federal legislation passed four years ago cracked open the door for some farming by allowing states to create hemp pilot programs or to conduct research on hemp cultivation.

Twenty-three states issued 3,544 licenses in 2018, said Eric Steenstra, president of Vote Hemp, a nonprofit hemp advocacy group. At the same time, the total market for hemp — from textiles to seeds to CBD oil — has grown from a few million dollars in 2015 to $820 million today and about a third of that is from hemp-derived CBD, Murphy said.

Large companies already experimenting in the hemp space anticipated the policy change and are poised to cash in.

Vitality, based in Eureka, Montana, is a large U.S. hemp producer and grew 20,000 acres this year. The company last week announced a merger with the Canadian CBD extractor and marketer LiveWell.

The new company aspires to become one of the largest hemp production and CBD extraction companies in North America, producing more than 6,600 pounds of CBD isolate a day by mid-2019, according to a company statement on the deal.

Isolate is a crystalline powder form of CBD and is the purest product possible. The odorless, tasteless powder is commonly sold in one gram jars that retail for $35 to $60 each. "We were at the right place at the right time," David Rendimonti, president and CEO for LiveWell, said in a phone interview. "You're in a high-value, high-growth market. It's an amazing opportunity and now you have something that's really going to explode."

Proponents say CBD offers a plethora of health benefits, from relieving pain to taming anxiety. Scientists caution, however, there have been few comprehensive clinical studies on how CBD affects humans. It's unclear if, or how, the U.S. Food and Drug Administration will react to hemp legalization. The agency said it does not comment on pending legislation.

FDA Commissioner Scott Gottlieb has said in the past that CBD products will be treated like any other products that make unproven claims to shrink cancer tumors or other statements. The FDA has sent warning letters to some companies marketing CBD. The new bill retains the FDA's authority over products that contain CBD.

"That's the big question mark," Murphy said. "The market's going to grow, the market's going to expand, but it's going to come down to what the FDA is going to do about it." Individual states can also make and enforce rules banning hemp or CBD even though it's no longer considered a controlled substance — another wild card.

Yet there's no question legalization means things will get a lot easier for small farmers.

Clarenda Stanley-Anderson and her husband, Malcolm Anderson Sr., lost two acres of hemp they grew under a North Carolina pilot program when Hurricane Florence barreled through in September. They had no crop insurance because they couldn't get it when hemp was listed as a federally controlled substance.

The Andersons plan to plant 15 acres this spring and put up greenhouses. They will buy crop insurance and have just signed a contract to provide their dried flower to a Denver company that will extract CBD from it. The growth potential in the industry has Clarenda Stanley-Anderson excited and optimistic.

"It's all about the power of green, so when you look at it from that standpoint, it's going to be an industry that's here to stay," she said in a phone interview from her home in Liberty, North Carolina. "The possibilities are endless.