A lawyer wants to evict the man on allegations he has let it fall into disrepair, flouted court orders to allow inspections, and owes back taxes. 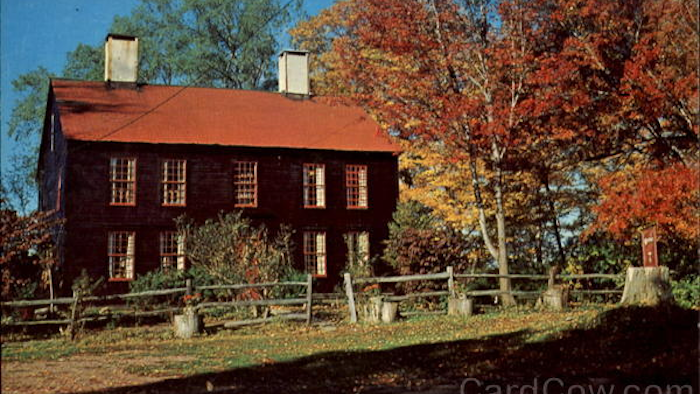 The lawyer overseeing Simmons' estate is seeking to have Edward Cook, 81, removed from the 62-acre property known as the Caprilands Herb Farm on allegations he has let it fall into disrepair, flouted court orders to allow inspections and owes back taxes, The Journal Inquirer reported.

The case is playing out in Hartford Superior Court, where the newspaper says lawyer George Purtill will seek to have Cook put under oath to reveal his assets. An eviction hearing is also set for Friday in Vernon Superior Court. Purtill argues in court documents that Cook has refused to vacate the property, despite a probate court judge's order from 2017 that stripped him of the role of executor of his wife's will and ended the life tenancy bestowed on him in it.

Cook argues in court documents that his tenancy can't simply be revoked by a judge's order. He told The Associated Press in an email Sunday night that, "They are trying to grab the estate and have no intention of saving Caprilands because they have no concept of what Caprilands is."

The Journal Inquirer reports Cook is also being fined $1,000 a day for not permitting Purtill and town officials to inspect the farmhouse as part of another probate court ruling. The penalties now exceed $300,000.

Simmons is credited with helping popularize the use of herbs in American cooking and published more than 50 books and pamphlets. She and Cook, a chemistry professor at Tunxis Community College in Farmington, were married for about four years when she died in 1997 at age 93. He was her third husband.

Simmons' will called for the private property to live on as a nonprofit education, preservation and research institution, with Cook serving as a chairman of the board of trustees. A decade after her death, Cook established the Caprilands Institute in 2007 to raise money to restore the farm, but as recently as July, Coventry Town Manager John Elsesser called the property blighted, with the farmhouse in disrepair.