The raw beef was shipped to retailers nationwide, including Walmart. 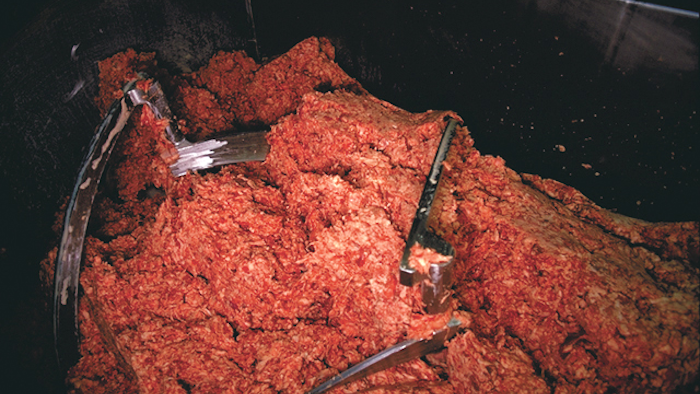 TOLLESON, Ariz. (AP) — An Arizona company has recalled more than 6.5 million pounds (2.9 million kilograms) of beef that could be contaminated with salmonella.

An investigation traced products including ground beef and beef patties to JBS Tolleson, Inc. Federal officials say the raw beef was packaged between July 26 and Sept. 7 and shipped to retailers nationwide, including Walmart.

Officials say an epidemiological investigation has identified 57 people from 16 states who have become ill.

Officials are asking people to check for products with "EST.267" inside the USDA mark of inspection.

Symptoms of salmonellosis include diarrhea, abdominal cramps and fever, and can last up to a week. Most people recover without treatment.